Huawei‘s newest foray into the midrange smartphone market is the Nova Y61. The device, which has a strong set of specs, was introduced to the Chinese public without any fanfare.

This reasonably priced smartphone may be thought of as a follow-up to 2017’s Huawei Nova Y60.

The Huawei Nova Y61 is a simple smartphone with a polycarbonate body and a 6.5-inch IPS LCD screen with HD+ resolution and a drop notch for the 5 MP front camera.

This smartphone runs EMUI 12 and is powered by an octa-core chipset of unknown manufacturer. The 5,000 mAh battery inside is compatible with fast charging at 22.5W via Huawei SuperCharge. The 4G smartphone has two SIM card slots and works with 2.4GHz Wi-Fi, Bluetooth v5.1, and Near Field Communication(NFC). 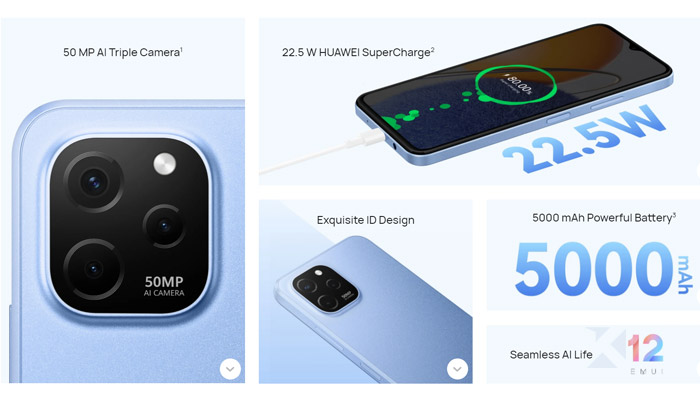 The Huawei Nova Y61 has a 6.52-inch LCD screen with a 60Hz refresh rate and an HD+ resolution of 720×1,600 pixels. The front-facing camera is situated in a notch resembling a water drop. The smartphone operates on EMUI 12 and is driven by an octa-core chipset, the details of which are unknown.

It has a triple camera setup in the back, with the main camera being 50 megapixels and having an aperture of f/1.8. The smartphone also has a depth sensor and a macro sensor, both of which have an aperture of f/2.4. 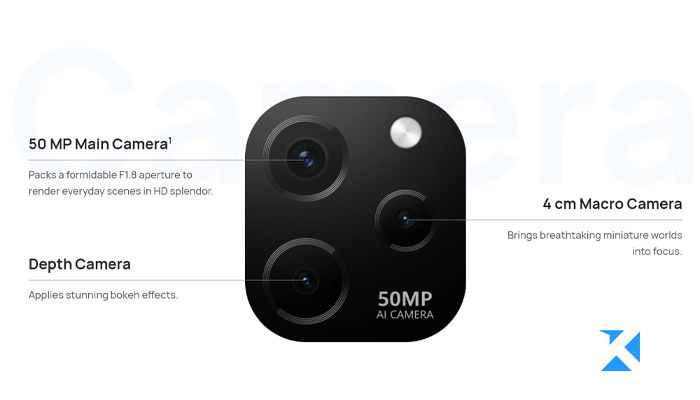 The Huawei Nova Y61 has a 5 megapixel, f/2.2 front-facing camera. Full High Definition video can be captured with these camera rigs.

The company has announced that the Huawei Nova Y61’s 5,000mAh battery will allow for up to 6 hours of continuous video playback while streaming. The 22.5W Huawei SuperCharge quick charging standard is also supported by this device.

It has built-in wireless networking via Wi-Fi, Bluetooth, and NFC at 2.4GHz. It has a USB Type-C connection and a 3.5mm jack for headphones. A fingerprint reader is integrated into its side. 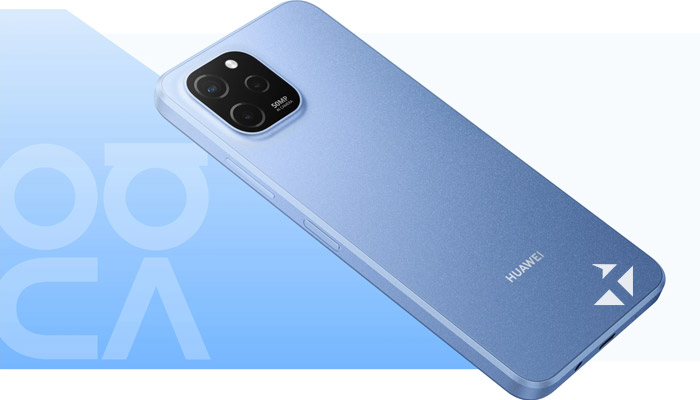