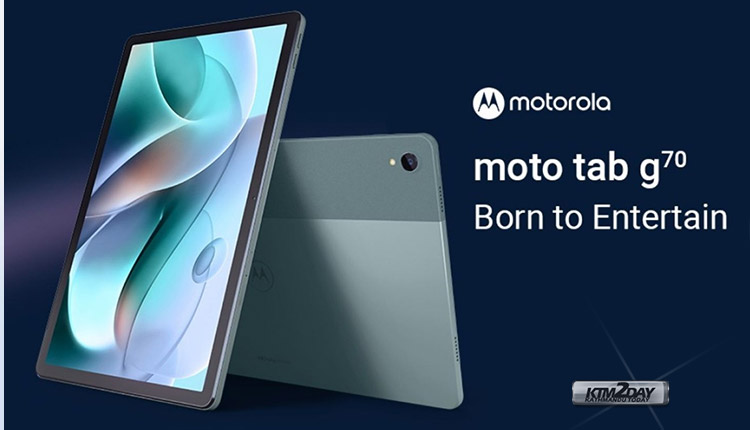 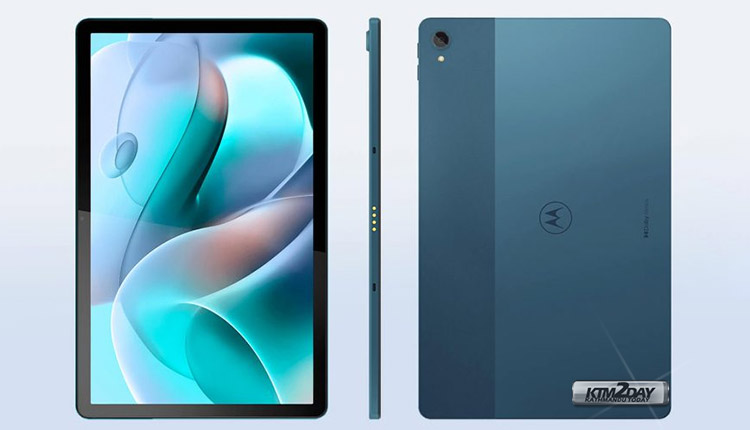 Motorola’s latest tablet, the Moto Tab G70, has been unveiled in Brazil. With a resolution of 2K and 400 nits of peak brightness, Motorola’s latest tablet runs on Android 11. The MediaTek Helio G90T SoC with 4GB of RAM and 64GB of internal storage power the Moto Tab G70. Dolby Atmos is supported via a quad speaker system in the Moto G70. The tablet has a 7,700mAh battery and a rear camera with a resolution of 13 megapixels. Motorola made its foray into the tablet market with the launch of the Moto Tab G20 in September of last year.

Android 11 is preinstalled on the Moto Tab G70. The display has a maximum brightness of 400 nits and is an 11-inch IPS 2K (2,000×1,200 pixel) panel. Low blue light exposure is guaranteed by TUV Rheinland certification of the screen. Aluminum is used to make the new Motorola tablet’s body. 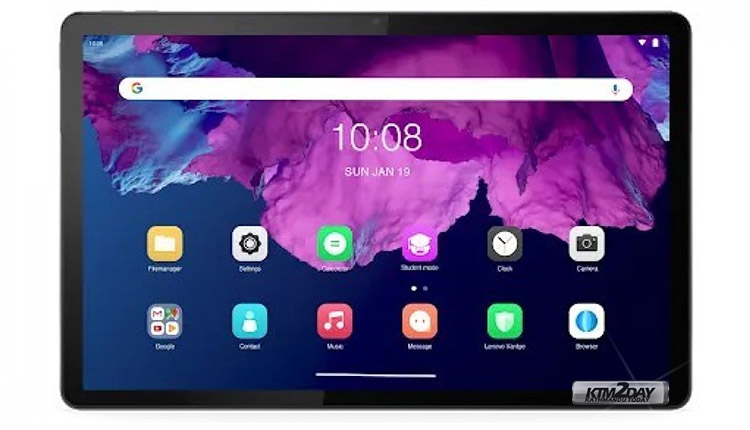 Additionally, it has four gigabytes of RAM and a whopping 64 gigabytes onboard storage which can also be further expanded with the help of a microSD card.

Cameras on the Moto Tab G70 include 13-megapixel on the back, with an f/2.2 aperture; an 8-megapixel camera is also on board.

On the Moto Tab G70, Motorola has added a dedicated Google Kids area. According to reports, it has more than 10,000 kid-friendly apps that have been approved by teachers. To use it, you’ll need a Google account. Google Play will also be available on the tablet.

With Dolby Atmos compatibility, the Moto Tab G70 has a quad-speaker configuration. On the gadget, there is a USB Type-C port, Bluetooth v5.2, and Wi-Fi 802.11a/b/g/n/ac. NFC is not an option for this tablet.

The Moto Tab G70 has four sensors: an accelerometer, gyroscope, hall effect sensor, and one for detecting ambient lighting. In addition, the tablet incorporates a fingerprint sensor and a face unlock capability.

Moto Tab G70 Price and availability for the