On Monday, Motorola introduced the Moto E22s, a new budget-friendly smartphone in the company’s E-series lineup, in India.

The smartphone has an IPS LCD screen size of 6.5 inches and a refresh rate of 90 hertz. It has a back camera that is 16 megapixels in resolution. The Moto E22s is powered by a MediaTek Helio G37 SoC and ships with Android 12. There’s 64GB of storage packed in, and you can add another 1TB through microSD.

The company claims that the phone has a 5,000 mAh battery and a fingerprint scanner embedded into the phone’s side. 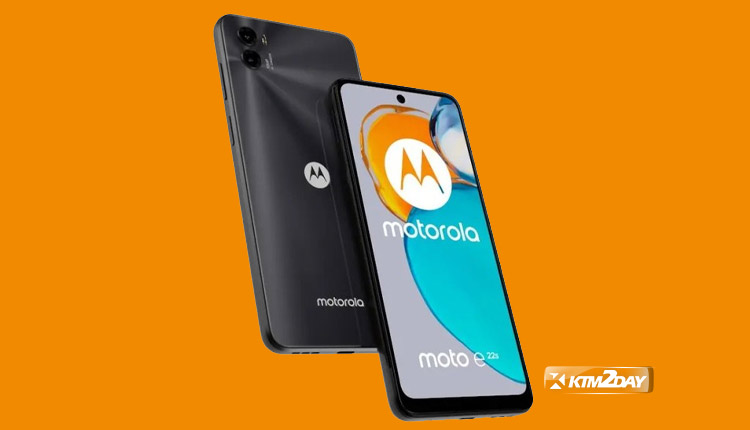 Newly released Moto E22s smartphones come preinstalled with Android 12 and Motorola’s My UX user interface. The 6.5-inch HD+ (720×1,600 pixel) LCD IPS display on this device refreshes at 90Hz and has a 20:9 aspect ratio.

The Moto E22s’s dual camera arrangement on the back consists of a primary 16-megapixel sensor and a secondary 2-megapixel depth camera. 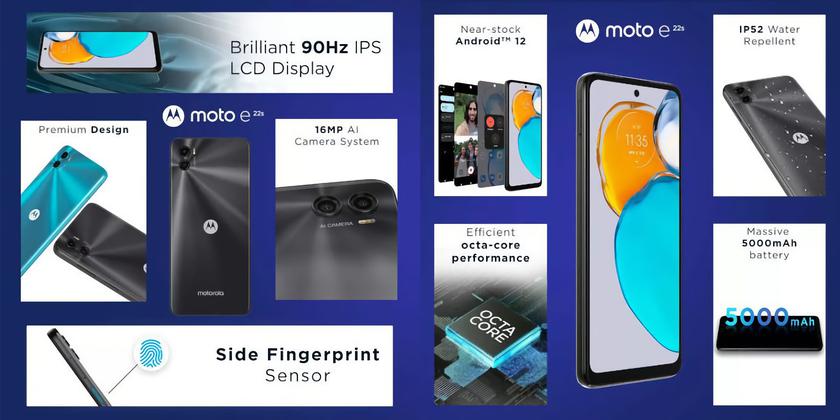 It has an 8-megapixel front-facing camera located in the middle of the device’s display. Motorola claims that both the front and rear cameras can capture 4K video at 30 frames per second.

It’s a 4G gadget with two Nano SIM card slots and 64GB of storage, which can be increased by a further microSD card (up to 1TB).

The phone has dual-band Wi-Fi (2.4GHz and 5GHz) and Bluetooth v5.0. There’s a fingerprint reader on the side and facial recognition software for added safety. 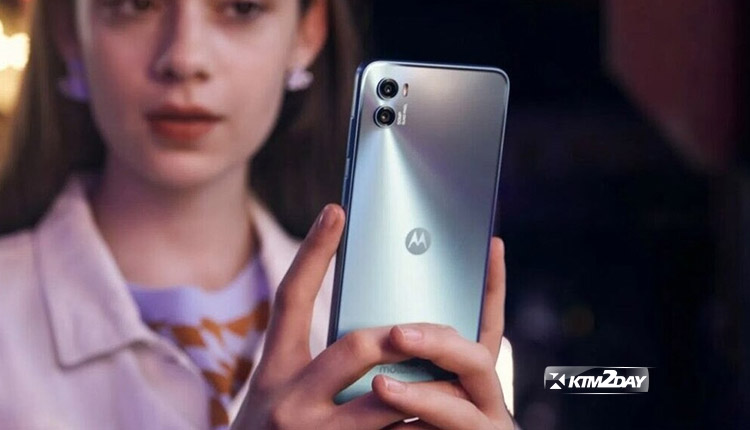 At its starting price of INR. 8,999(Rs. 14,399), the Moto E22s will only be available with 4GB of RAM and 64GB of storage. It’s offered in two different colors—Arctic Blue and Eco Black—to suit your preferences. Starting at 12pm IST on October 12, this Motorola smartphone will be available for purchase at Flipkart and other major retailers in India.