Mobile PhonesRealme
By NewsTeam On Feb 29, 2020 Oppo’s sub-brand Realme has launched Realme 5 in Nepali market. The budget smartphones features four rear cameras which is the main highlight of the 5 series.

Realme 5 smartphone offers a 6.5-inch HD+ display of 1600x720p resolution and 89% screen-to-body ratio. It comes powered by Qualcomm Snapdragon 665 processor. The display comes with Corning Gorilla Glass 3+ for added protection. The device is available in two RAM options of 3 GB and 4 GB. 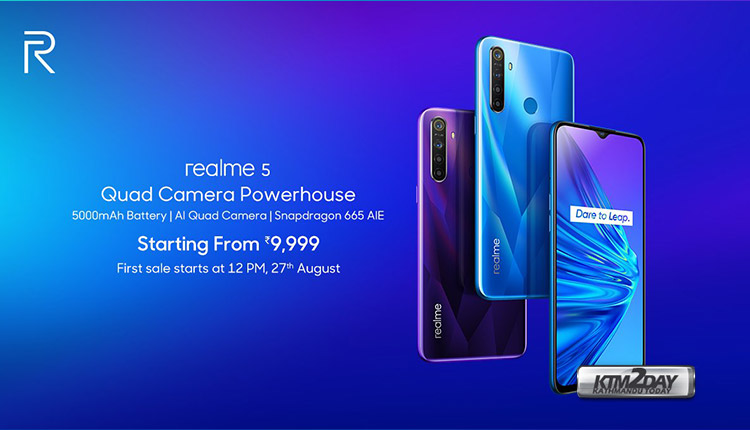 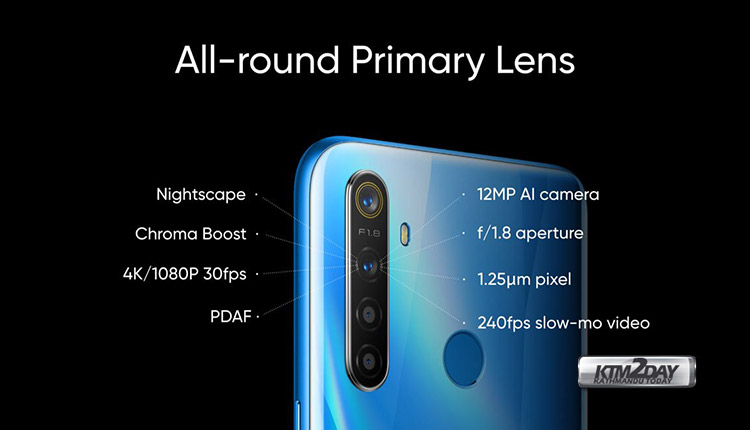 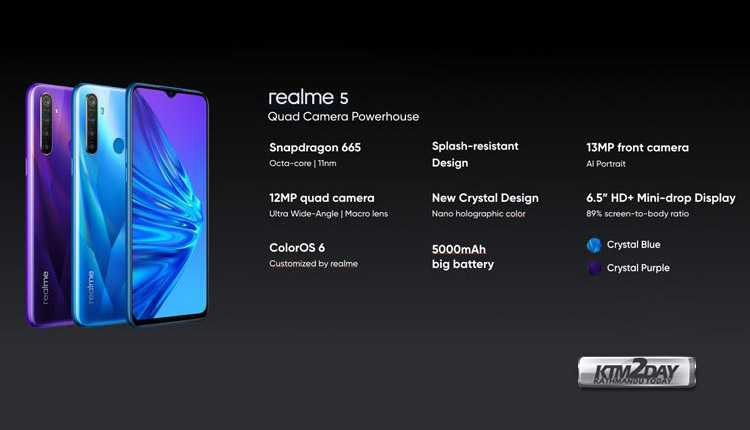 Connectivity options on the Realme 5 include 4G VoLTE, Wi-Fi 802.11ac, Bluetooth v5.0, a GPS/ A-GPS, a3.5mm headphone jack, and a Micro-USB port. Sensors on board include an accelerometer, ambient light sensor, gyroscope, a magnetometer, and a proximity sensor.

The Realme 5 will be available in Crystal Blue and Crystal Purple color variants. 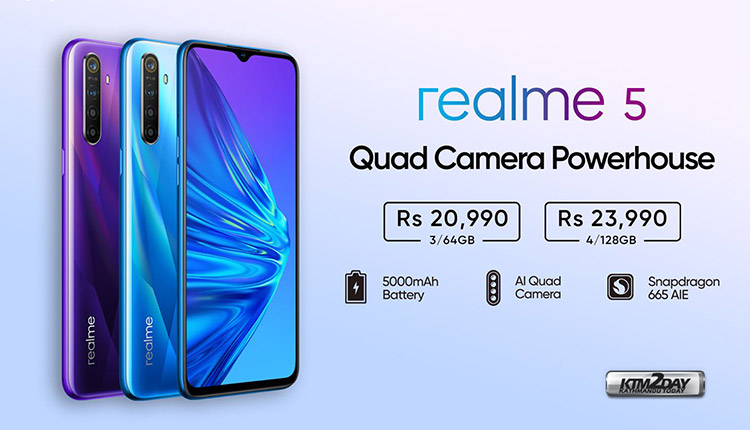 The Realme 5 price in Nepali market starts at NRs 20,990. The pricing is as follows: 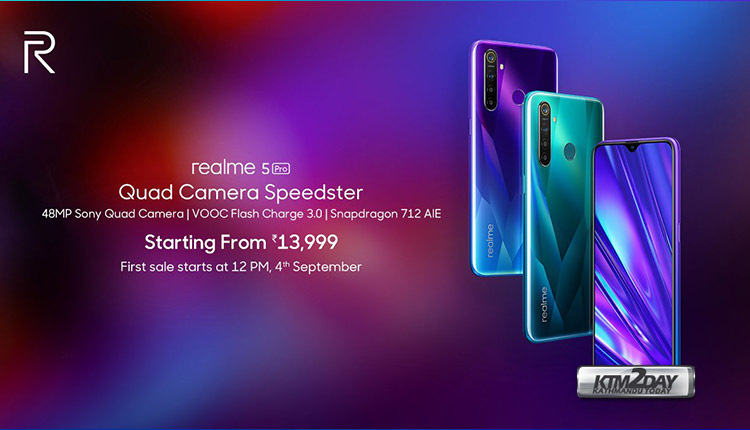 The Realme 5 Pro is powered by Qualcomm’s new Snapdragon 712 SoC, which is the same processor powering Vivo Z1 Pro. The device is paired with 4GB, 6GB, or 8GB of RAM depending on the variant.

For internal storage the device comes in 64 GB and 128 GB option which can be further expanded upto 256 GB via micro-SD card. 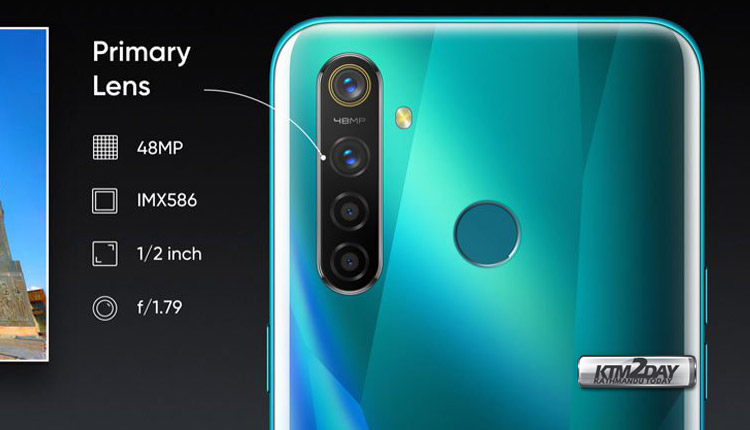 On the front, the Realme 5 Pro comes with a 16-megapixel selfie camera with 4-in-1 pixel tech and an f/2.0 aperture. 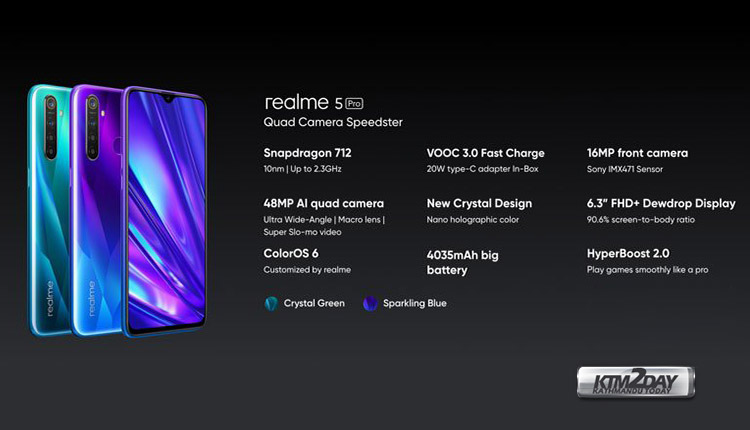 Backed by a 4035 mAh battery with VOOC