Realme 5i with SD665, quad-cameras and 5000 mAh battery launched in Nepali market

Realme has increased its pace to grab a whole lot of market share in 2020 by unveiling not one but three smartphones in the past ten days.

The company recently launched X50 5G in the chinese market and also launched the Realme C2s in the Thai market while for the indian market it has now launched Realme 5i.

The Realme 5i has been launched for the budget segment as this is where it excels in the indian market. It is the slightly cheaper variant of Realme 5 that comes with quad rear camera setup and large battery of the original, but bears a lower resolution front camera. 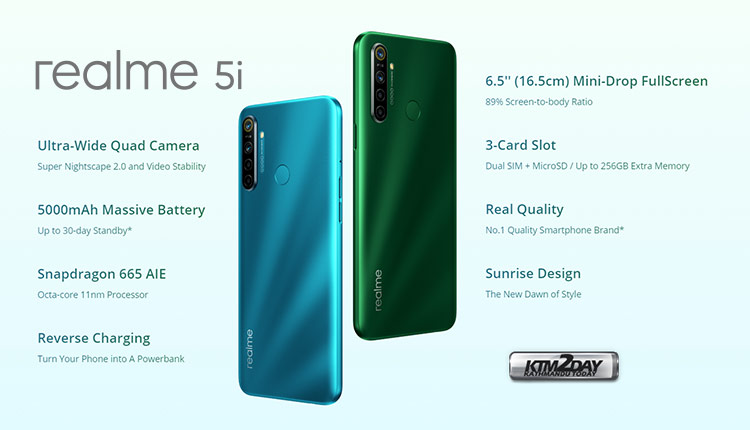 The processor on the Realme 5 and Realme 5i are identical, both come equipped with Qualcomm Snapdragon 665 SoC. 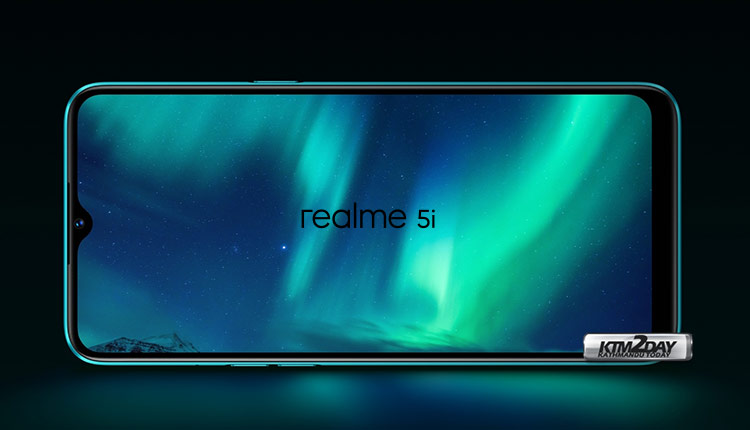 The device runs Android 9 and is powered by a 5000mAh non-removable battery. 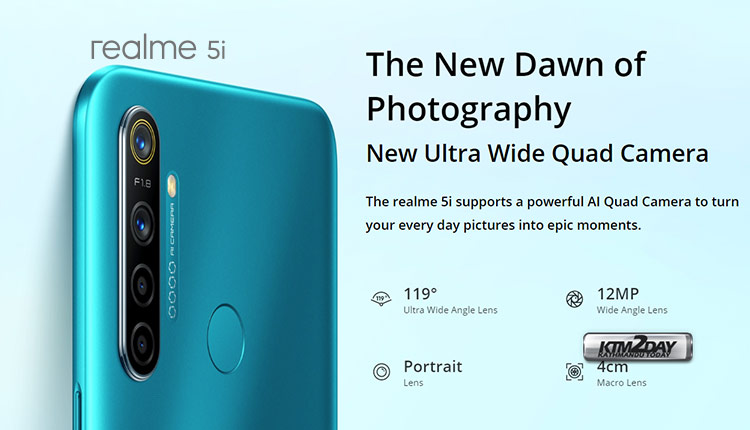 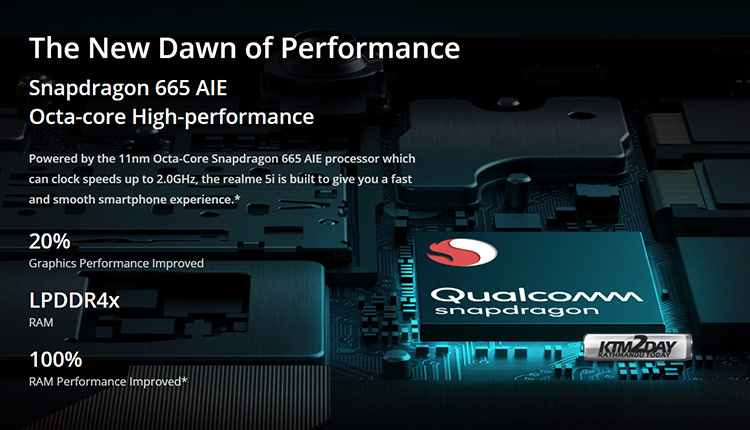 The Realme 5i runs ColorOS 6.0.1 based on Android 9 and packs 64GB of inbuilt storage that can be expanded via microSD card (up to 256GB) with a dedicated slot. The Realme 5i is a dual-SIM (GSM and GSM) smartphone that accepts Nano-SIM and Nano-SIM cards.

Connectivity options on the Realme 5i include Wi-Fi 802.11 a/b/g/n/ac, GPS, Bluetooth v5.00, USB OTG, Micro-USB, FM radio, 3G, and 4G (with support for Band 40 used by some LTE networks in India) with active 4G on both SIM cards. Sensors on the phone include accelerometer, ambient light sensor, gyroscope, proximity sensor, and fingerprint sensor. The Realme 5i supports face unlock. 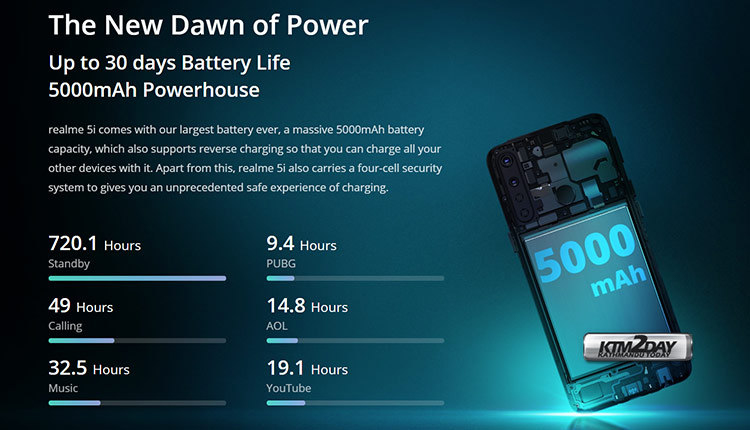 Realme 5i Price in Nepal

Realme 5i is currently only launched in the indian market at a price tag of NRs 14,398 with 4GB of RAM and 64GB of inbuilt storage, the device will be launched in the domestic market in the next few months.

Realme Nepal has launched the Realme 5i in Nepali market today and is priced at NRs 21,790 for the lone 4 GB RAM model that comes with 64 GB of internal storage.