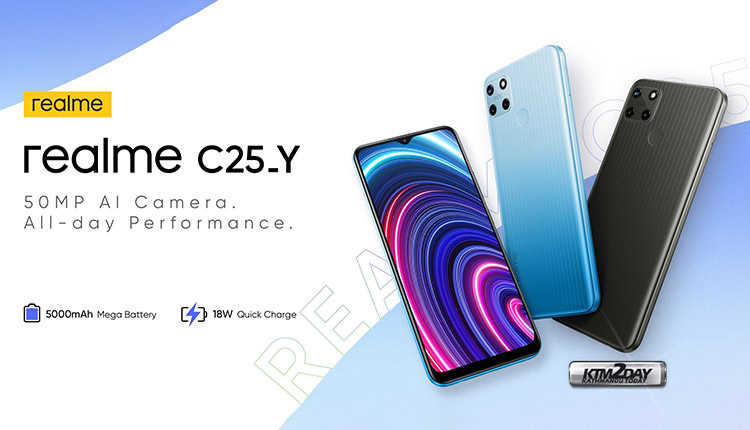 The Realme C25Y smartphone was released on September 16, 2021 in India as an entry-level option from the brand. As the first phone in the C series to feature a 50-megapixel primary camera, the new Realme phone is an exciting advancement.

There’s a waterdrop-style notch on the Realme C25Y as an enhancement to the original. Additionally, a Unisoc SoC with eight cores powers the phone. Realme C25Y is a direct competitor to Xiaomi’s Redmi 10 Prime, which was launched in the Philippines earlier this month. The Redmi 10 Prime sports a quad-camera configuration with a 50-megapixel primary sensor, a full-HD+ screen, and a MediaTek Helio G88 SoC. 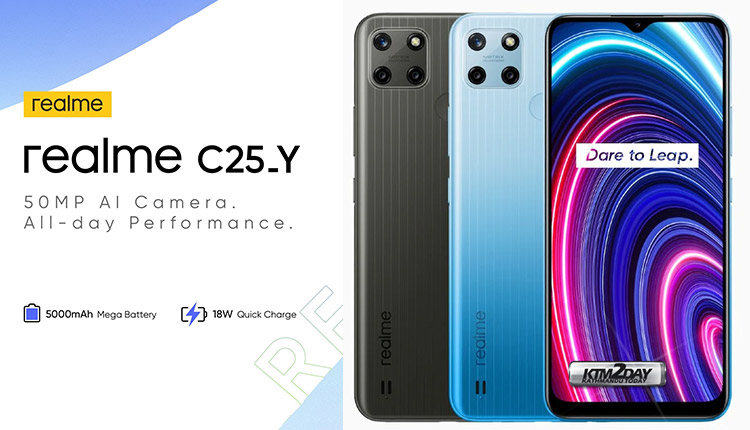 The Realme C25Y runs Realme R Edition and comes with 64GB of internal storage that can be upgraded with a microSD card (up to 256GB) in a dedicated slot. The Realme C25Y is a dual-SIM phone that accepts Nano-SIM and Nano-SIM cards. The phone weighs 200 grams and is 164.50 x 76.00 x 9.10mm (height x width x thickness). It comes in two colors: Glacier Blue and Metal Grey.

Wi-Fi 802.11 b/g/n, GPS, Bluetooth v5.00, Micro-USB, 3G, and 4G are all available on the Realme C25Y. (with support for Band 40 used by some LTE networks in India). Accelerometer, ambient light sensor, compass/ magnetometer, proximity sensor, and fingerprint sensor are among the phone’s sensors.

An 18W fast-charging battery powers the phone’s 5,000mAh capacity. In the company’s estimation, the battery can last up to 48 days on standby.

Realme C25Y has been launched in Nepali market in a lone variant of 4GB RAM and 128 GB internal storage at a price tag of Rs 20,449. The smartphone is available in Metal Gray and Glacier blue colors.