Xiaomi has decided to return to the tablet market with the Mi Pad 5, an offering that stands out for its value for money.

After almost three years of absence, Xiaomi returns to bet on the tablet market with a proposal that aims to rival, at least in design, with Apple’s iPad Pro. This is the Xiaomi Pad 5, an affordable tablet for the masses, although in China a Pro version is also offered, with more features and a somewhat higher price.

Xiaomi describes its new proposal as an “adaptable all-in-one” that can function as a workstation or entertainment device, depending on the needs. The lightweight design of the Pad 5, with completely flat edges, give a pleasant aesthetic and reminds the iPad, although in specifications and price, they are universes apart.

Also check : Xiaomi 11T and 11T Pro are released with battery that recharges in just 17 minutes One of the strengths of the Xiaomi Pad 5, in relation to its price, is its screen. It is equipped with a 10.9-inch 2K (2,560 x 1,600 pixels) IPS LCD panel with a refresh rate of 120 Hz and a touch sample rate of 240Hz. The display panel also comes with technologies like HDR10, TrueTone, and Dolby Vision. The Xiaomi Pad 5A for processing power relies on Qualcomm’s Snapdragon 860 chipset. It is a 7-nanometer chip with eight Kryo 485 cores that can run at 2.96GHz. This offering is located halfway between the low-end and the high-end, as it lacks 5G technology. On the GPU side is an Adreno 640 which, according to Qualcomm, has 50% improved performance over its predecessor. 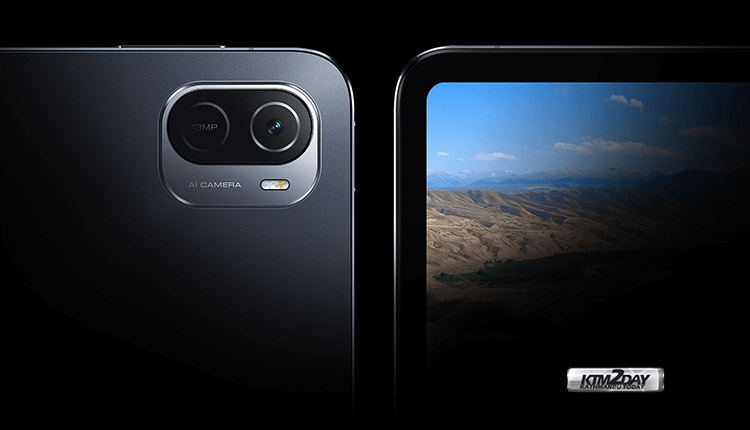 The new tablet of the Chinese company features Wi-Fi 5 wireless connectivity and Bluetooth 5.0. And, unlike the Pro model that is sold in the Asian market, it does not have integrated GPS either. At the photographic level, the Pad 5 comes with a 13 MP rear camera, located in a module that protrudes in the upper left, and an 8 MP front that is hidden under the frame. Xiaomi details that the Mi Pad 5 features an 8,720mAh battery with 33W fast charging. As for memory and storage, versions of 128 GB and 256 GB of capacity are offered, both options with 6 GB of RAM.

The Mi Pad 5 has, in addition to its keyboard, the possibility of using a stylus that can be placed on top. Officially known as Smart Pen, it has Bluetooth and Wacom technology with +4,000 pressure points. Of course, it will be sold separately at 99 euros. The Xiaomi Pad 5 has been launched in Nepali market today and will be available in the manufacturer’s online store as well as third parties and in physical Mi Stores. The Xiaomi Mi Pad 5 is available in two color options – Cosmic Gray and Luminescent Pearl White.