On Wednesday, during its “Far Out” presentation, Apple introduced the world to the iPhone 14 series.

Apple’s newest line of smartphones has four models: the iPhone 14, iPhone 14 Plus, iPhone 14 Pro, and iPhone 14 Pro Max, as suggested by countless leaks and rumors over the past few months.

The iPhone 14 and 14 Pro are the smaller options, while the iPhone 14 Plus and iPhone 14 Pro Max cater to those who prefer larger displays. This is also the first generation of iPhone Pro phones since iPhone X to receive a frontal redesign.

The front-facing camera and advanced Face ID technology have been relocated to a pill-shaped hole punched into the screen. 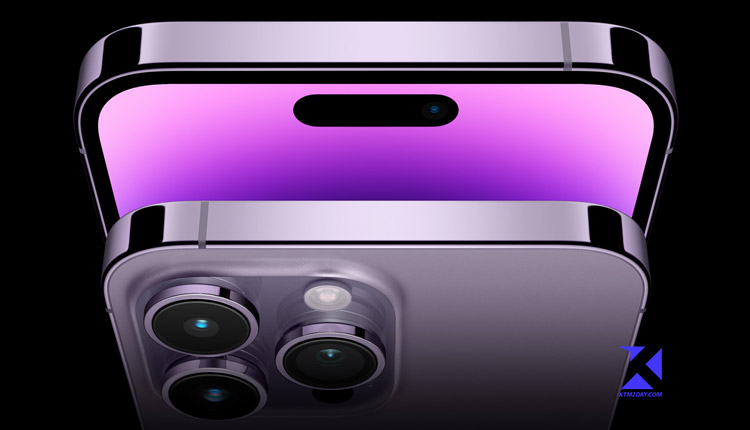 The Pro variants also have the most recent Apple Bionic A16 SoC, while the non-Pro devices use the A15 from last year. In the United States, the newest smartphones enable E-sim activation without Wi-Fi. The iPhone models sold in the United States will be the first to ditch the SIM tray.

The smartphone also includes SOS message-sending technology that may be activated via satellite-based emergency communication. Free for two years with the purchase of an iPhone 14, the function will initially roll out in the United States and Canada. Additionally, when a user is incapacitated and unable to access their iPhone, the crash-detection feature will immediately call 911. 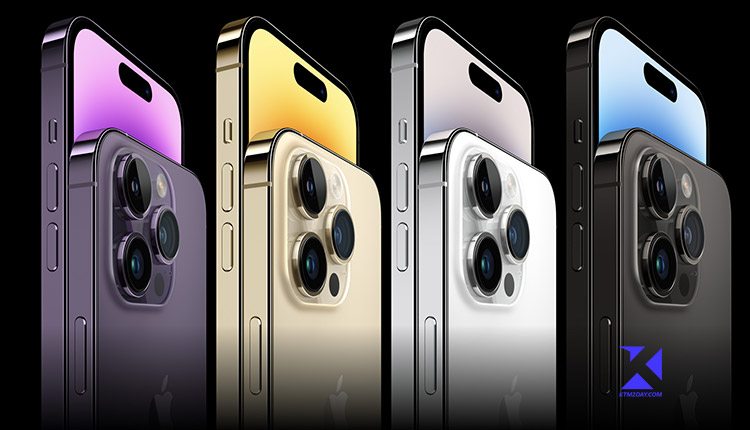 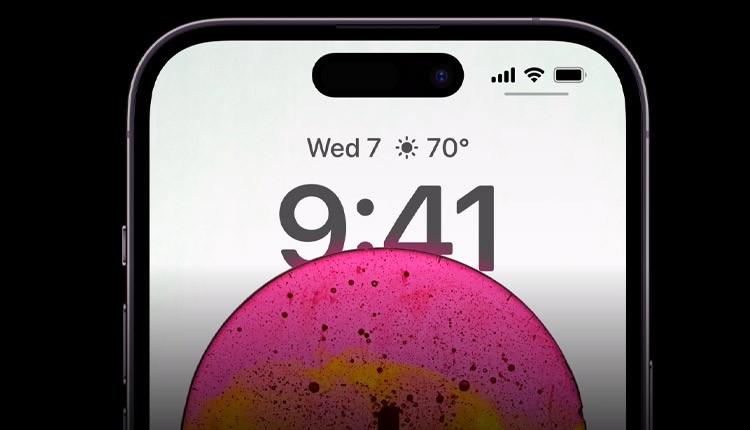 Apple has reportedly chosen a surgical-grade stainless steel that is resistant to abrasion and corrosion for the Pro versions.

The 6.1-inch Super Retina XDR Always-On OLED screen on the iPhone 14 Pro supports Apple’s ProMotion refresh rate technology. The Pro models scale down to 1Hz, giving you the best of both worlds with respect to fluidity of motion and low battery consumption.

Display peak brightness of up to 2,000 nits is twice as bright as the iPhone 13 Pro, making it the brightest smartphone screen ever when viewed outside. Ceramic Shield, used on the front of the iPhone 14 Pro, is supposedly more durable than regular smartphone glass. 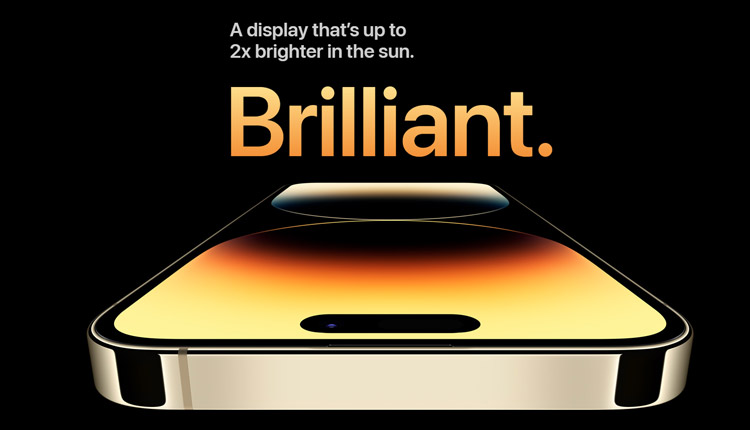 The display has been modified by substituting a pill-shaped hole punch for the iconic design trend-notch. Apple has given it the name “Dynamic Island” to describe the “interactive space” that grows to accommodate notifications and other information like the music player, the calling interface, and Maps. The company asserts that this function is compatible with various third-party software.

Innards include Apple’s latest A16 Bionic system-on-a-chip, widely regarded as the industry’s most potent mobile processor. Two of its cores are powerful, while the other four are devoted to efficiency.

The new 6-core CPU is reportedly up to 40% quicker than its rivals. Apple claims that the A16 Bionic SoC’s new 16-core Neural Engine is capable of over 17 trillion operations per second and that the SoC’s enhanced 5-core GPU has 50 percent higher memory bandwidth. 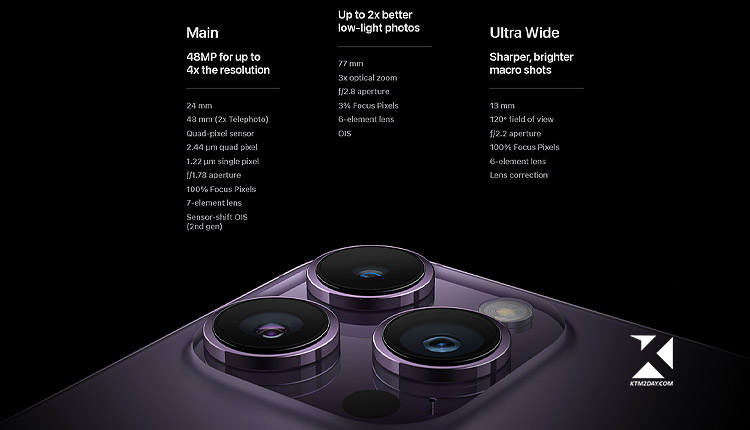 The company claims that the central processing unit (CPU), graphics processing unit (GPU), neural engine (NE), and image signal processor all collaborate to power the new camera hardware and carry out up to 4 trillion operations each image.

Now that we’re discussing cameras, Apple has updated the Pro models’ camera hardware to produce better still images and video. A new 48-megapixel primary camera with second-generation sensor-shift optical image stabilization and a 12-megapixel telephoto camera with 3x optical zoom, an f/2.8 aperture lens, and optical image stabilization are also included. The third type is an ultra-wide angle lens with a 120-degree field of view and a 12-megapixel sensor with an f/2.2 aperture. 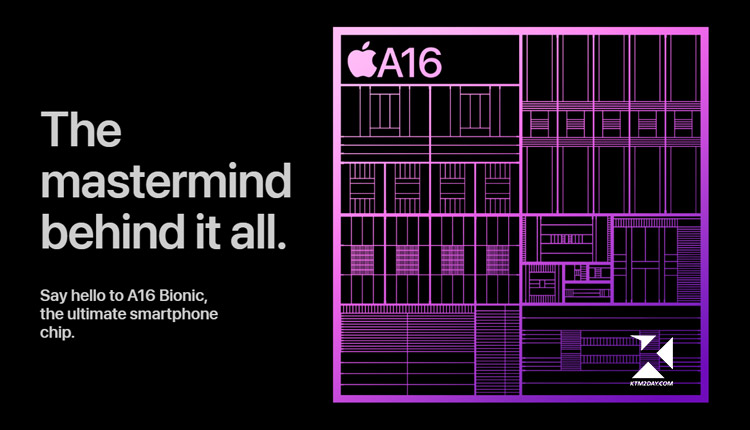 The premium phone has a 6.7-inch Super Retina XDR OLED screen and uses the same Apple ProMotion refresh rate technology as its cheaper counterparts. As the iPhone 14 Pro, it features a new machine learning and photography mode in addition to a triple rear camera. 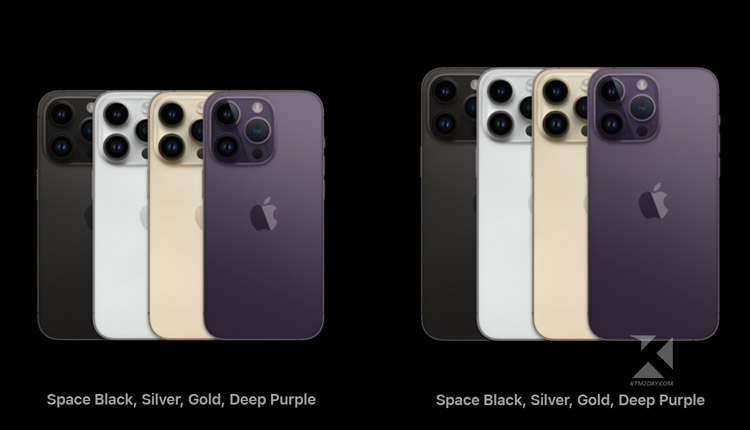 These versions are available for pre-order beginning September 9 and will go on sale September 16. They’ll be sold in the standard retail colors plus Deep Purple, Gold, Silver, and Space Black.

The price of new iPhones and it’s availability in Nepali market is currently unknown as the government has placed ban on import of mobile phones above $300.