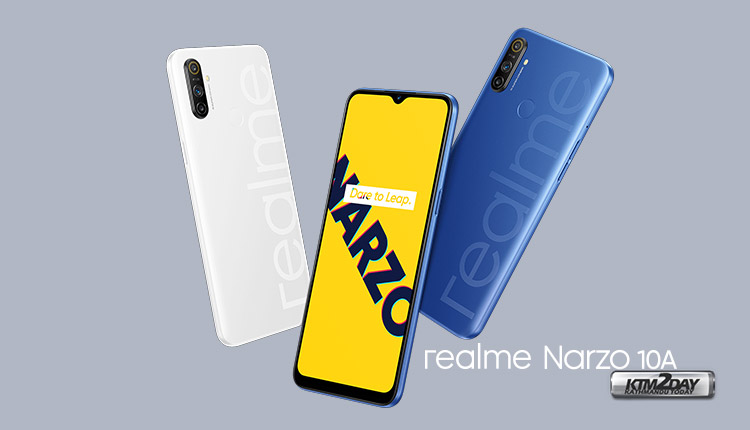 Realme India today launched it’s new lineup of Narzo smartphones – Narzo 10 and Narzo 10A targeting the youths and geared towards Generation Z. The smartphones are optimized for gaming keeping in mind the requirements of young players who desire epic gaming and entertainment.

The Narzo series comes at a affordable price range and has a better performing hardware specs.

The cheaper of the two, the Realme Narzo 10A specifications-wise appears to be a re-branded version of the Realme C3 which was launched in Thailand back in February without a fingerprint reader on the back panel. 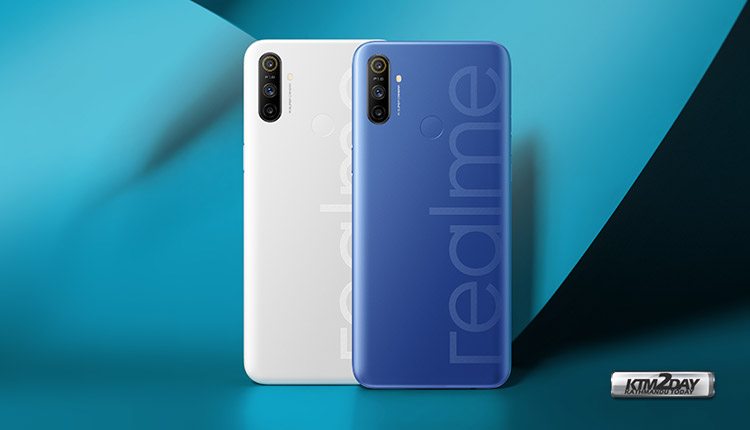 Narzo 10A comes with an iconic design with a big Realme logo at the back on a scratch-proof texture. It is available in two color options – ‘So Blue’ and ‘So White’.

The Realme Narzo 10A features a 6.5-inch HD+ (720×1600 pixels) display with a 20:9 aspect ratio and Corning Gorilla Glass 3 protection. The phone is powered by an octa-core MediaTek Helio G70 SoC, paired with 3GB of LPDDR4X RAM and 32 GB of internal storage space which can be further expanded via micro-SD card.

The Helio G70 features HyperEngine Game Technology which is tuned for fast and smooth action in your favorite games, through intelligent networking and resource management the smartphone will be ready for anything you throw at it. The phone is also said to be the only one in the price segment to have support for PUBG HD graphics out of the box by default.

For users who love to play games like Asphalt and Call of Duty, Narzo 10A provides a lag-free superior gaming experience. 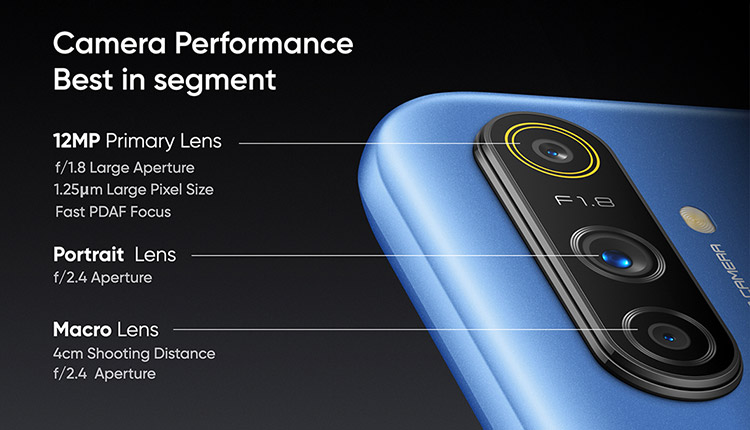 To capture selfies and enable video calls, the Realme Narzo 10A has a 5-megapixel selfie camera at the front. The cameras on the Realme phone support features such as AI Beautification, HDR, Panorama, and Timelapse. Furthermore, there is up to full-HD (1080p) video recording support with 30fps frame rate.

Realme Narzo 10A comes with Realme UI based on Android 10. Users get a 5,000mAh battery on the Realme Narzo 10A that supports reverse charging (requires OTG cable). The smartphone also has a fingerprint scanner in the back panel located at the center.

The device is available in White and Blue color options. Lastly, the phone measures 164.4x75x8.95mm and weighs 195 grams. 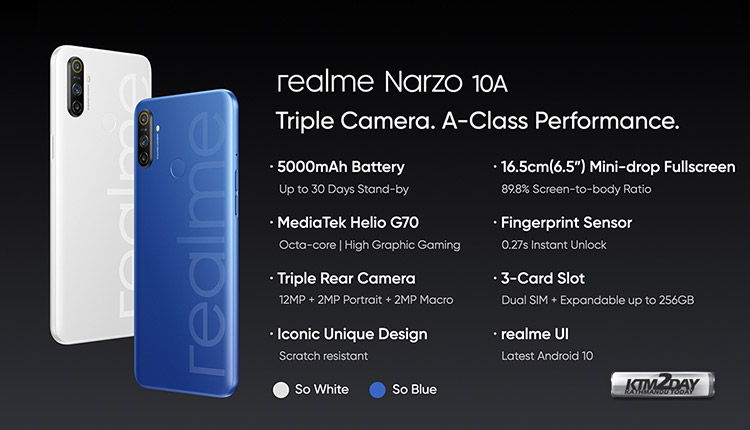 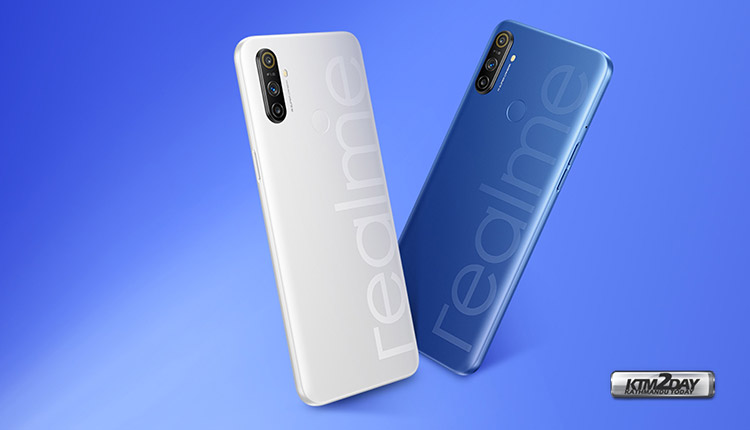 Realme Narzo 10A Price in Nepal

Narzo 10A goes on sale on May 22 at 12 noon via realme.com and various online stores in India and will be available at a price tag of INR 8,499 which converts to nepali Rs 13,599 for the lone 3GB RAM and 32 GB internal storage optioned device.

Realme Narzo 10A and Narzo 10 : Side by Side Comparison