Smartphone brand Realme has launched ‘Narzo’ series in Nepali market for the first time in association with Murarka Group of business. Realme is partnering with Strategic Partner Murarka Group to bring Narzo’s latest line-up, Narzo 50A and Narzo 50i smartphone models in Nepal.

The company claims that these phones are suitable for the younger generation. Shirish Murarka, director of Murarka Group, said it would provide high quality products to consumers. He claimed that these two phones would win the hearts of the users.

In terms of price, the Narzo 50A from Realme is the more expensive variant. The MediaTek Helio G85 SoC and a 6,000mAh battery power this smartphone. There are three rear cameras, including a 50-megapixel primary camera, on the phone’s body. The Realme Narzo 50i, on the other hand, is powered by the Unisoc 9863A SoC and has a 5,000mAh battery.

With a MediaTek Helio G85 SoC, an ARM Mali-G52 GPU, and 4GB of RAM, the phone is able to run smoothly. Using a dedicated microSD card slot, you can add up to 128GB of additional storage space (up to 256GB).

The Realme Narzo 50A has three cameras on the back: a 50-megapixel primary camera with an f/1.8 aperture, a 2-megapixel macro lens with an f/2.4 aperture for black and white photos, and a 2-megapixel wide-angle lens for video recording.

HDR, time lapse and slow motion are just some of the camera features that can be used to create stunning images. With an f/2.0 aperture, the Realme Narzo 50A has an 8-megapixel front-facing selfie camera.

For music and video, the Realme Narzo 50A has a 6,000mAh battery with support for 18W fast charging, which the company claims will last for 53 days in standby mode and 48 hours when using the phone’s calling and messaging features. 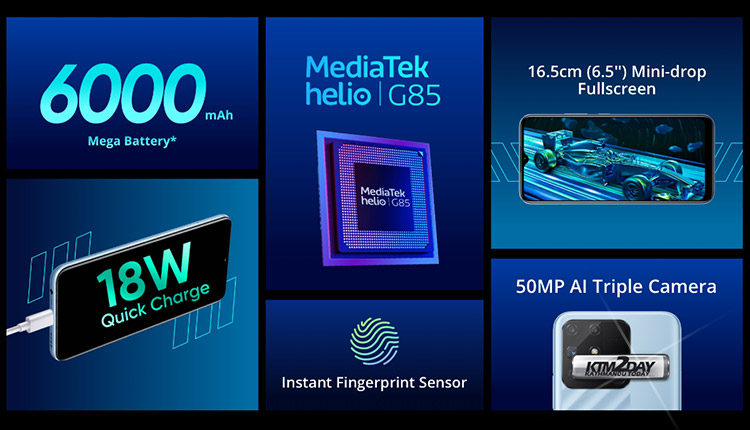 Realme Narzo 50A Price in Nepal and Availability

The Realme Narzo 50A is available in two storage configurations of 64 GB and 128 GB at the following retail prices : It has up to 4GB of RAM and up to 64GB of built-in storage. The microSD card slot can be used to expand the storage capacity (up to 256GB).

Battery life on the Realme Narzo 50i is claimed to last 43 days on standby. Super Power Saving Mode is also available to save battery life when necessary.

It weighs 195 grams and is powered by Android 11-based Realme UI Go Edition. The 3.5mm audio jack, Micro USB port, Wi-Fi 802.11 b/g/n, Bluetooth v4.2, and other connectivity options are available. 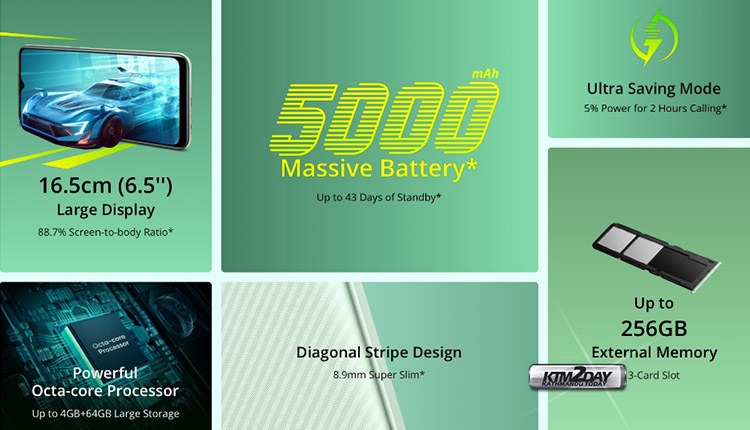 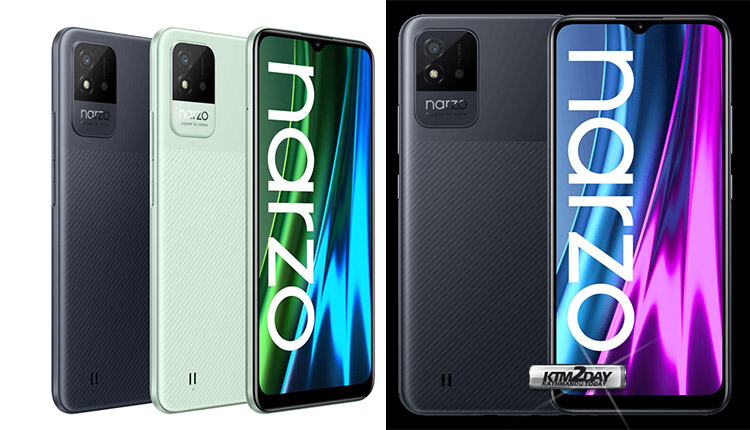 Realme Narzo 50i Price in Nepal and Availability

The Realme Narzo 50i is available in two RAM/storage configurations of  2GB/4GB RAM and 32 and 64 GB at the following retail prices :