The Samsung Galaxy A03 Core is the latest addition to Samsung’s Galaxy A series, and it’s a budget phone. An ultra-budget smartphone with a 5000 mAh battery boasts long battery life. Other features include a high-definition HD+ display and a Unisoc chipset.

Contrary to popular belief, this new smartphone is not to be confused with the previously released Galaxy A3 Core, which is sold under the name Galaxy A01 Core in certain regions. The Galaxy A03 Core, on the other hand, is significantly different from the Galaxy A03s, which retail for 1around US$ 180. 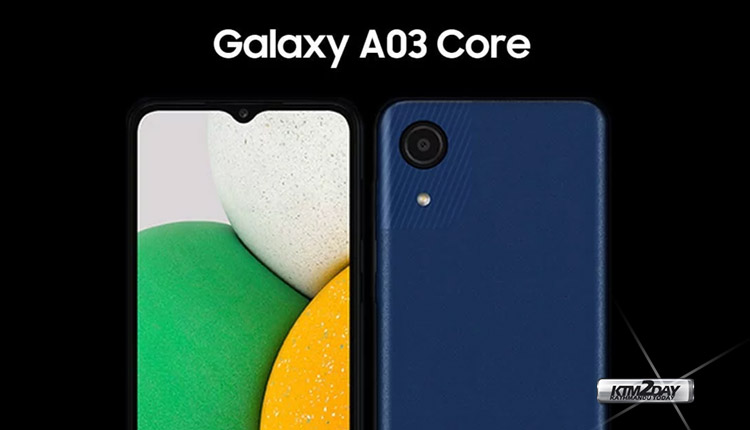 Samsung’s new Galaxy A03 Core’s price is yet to be announced. The phone’s technical specifications are as follows: 6.5-inch HD+ LCD screen, 5-megapixel teardrop-shaped front camera, 8-megapixel primary camera, 8-core Unisoc SC9863A SoC, 2 GB of RAM, 32 GB of onboard flash memory, and a 5000mAh battery with 10-watt charging support. 164.2 x 75.9 x 9.1 mm are the measurements. 4G LTE is a cellular technology that’s available. Options for a blue and black design will be offered.

The Galaxy A01 Core in 2020 became Samsung’s cheapest smartphone at the time of its release. There was a recommended retail cost of $ 75 in the international market for this product. The Galaxy A03 Core shouldn’t cost much more than the Galaxy A03.