Samsung Galaxy A73 Launched in Nepal : Price, Specs and Features

Every year, Samsung releases a big number of new smartphones. The Galaxy S22, S22 Plus, and S22 Ultra are the flagship series which are launched first at the start of the year then followed by the A-Series.

Samsung launched the Galaxy A53 and Galaxy A33 phones along with Galaxy A73 today in the Nepali market.

Samsung’s premium mid-range lineup includes the Galaxy A7x line. The Galaxy A73 5G, which Samsung introduced today, boasts a slew of impressive new features. Compared to the Galaxy A33 5G and A53 5G that it launched with, there hasn’t been much hoopla for this smartphone. 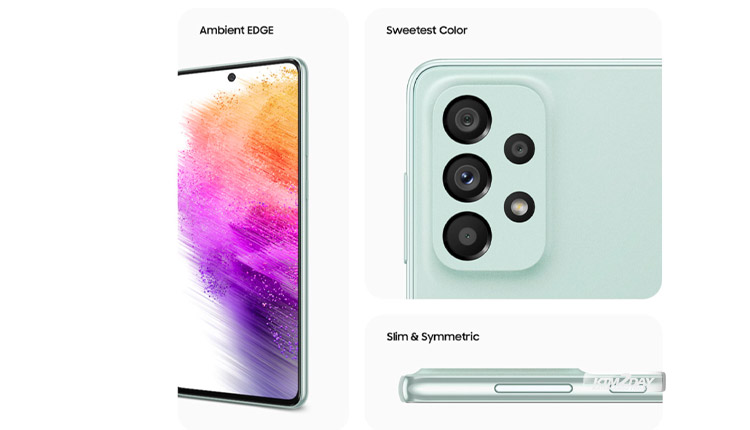 The Galaxy A73 5G is powered by the Snapdragon 778G chipset from Samsung. 6/8GB of RAM and 128/256GB of storage will be offered. Up to 1TB of external storage can be added via a microSD card slot. Headphone jack fans may be disappointed with the lack of 3.5mm audio jack. There has been a significant shift in the camera configuration from the device’s predecessor. Instead of the Galaxy A72’s 8MP 3x zoom sensor, it receives Samsung’s 108MP main sensor. The Galaxy A73 5G also has a 12MP ultra-wide, a 5MP depth sensor, and a 5MP macro sensor. In addition, there is a 32MP selfie camera.

Out of the box, Samsung’s Galaxy A73 comes with Android 12.0 Pie and One UI 4.1. Android OS upgrades and security updates will be provided for a period of four years, according to Google. When compared to the competition, the mid-ranger stands out.

The device is powered by a 5,000mAh battery and can be charged at a rate of 25W using the included charger. A charger will not be included in the packaging, so you’ll have to purchase your own. There are no earbuds included in the box.

Galaxy A73 5G will be available for purchase on April 22 in select markets, according to Samsung, who made the announcement today. 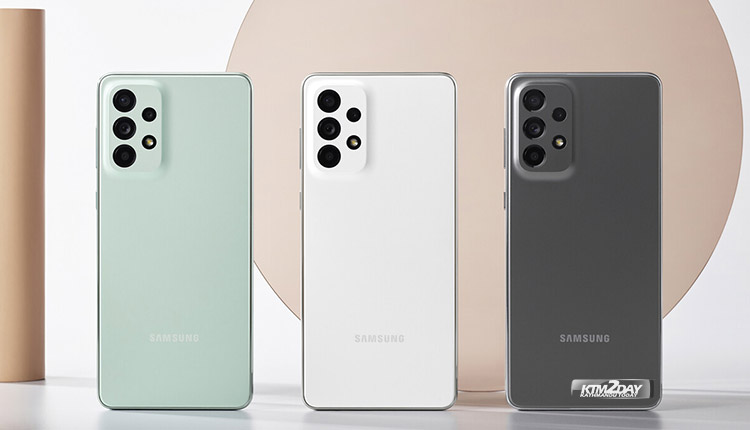 Samsung Galaxy A73 Price in Nepal

Although the Galaxy A73 5G is official, Samsung has only launched this device in a single configuration of 8 GB RAM and 256 GB of internal storage. Lower variants is expected to be launched at a later date. The device will be available in three colors (black, white and mint green).