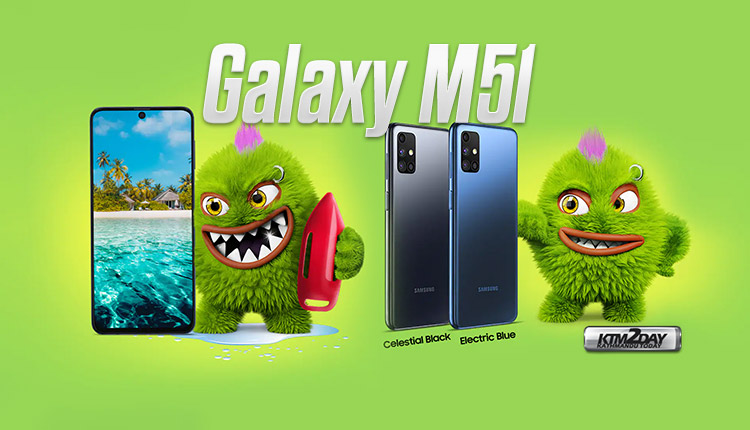 Samsung introduced its mid-range series of phones — the M-Series to combat with Chinese counterparts in the asian market in early 2019.

The M-Series is primarily focused on budget handsets that provide best price to quality ratio for buyers that can’t afford high price.

Samsung remains committed to introducing new models of the Galaxy M line, certainly due to the fact that its affordable mid-rangers generate the highest profit in the smartphone industry. 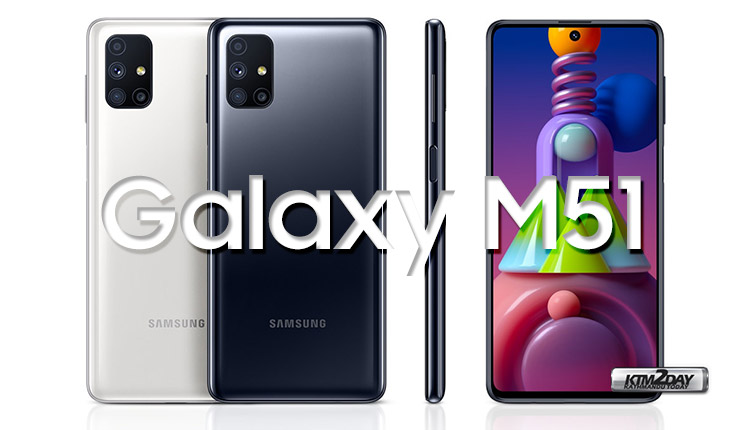 The Samsung Galaxy M51 features a quad rear camera setup, a hole-punch display, and a side-mounted fingerprint sensor. The USP of the smartphone is its massive 7,000mAh battery that comes with 25W fast charging support.

Right away, we can notice that the Galaxy M51 has a small “punch-hole” in the center of the screen that houses the sensor dedicated to selfies. The side edges are considerably thin, but the lower frame is a little thicker, which is not a surprise. 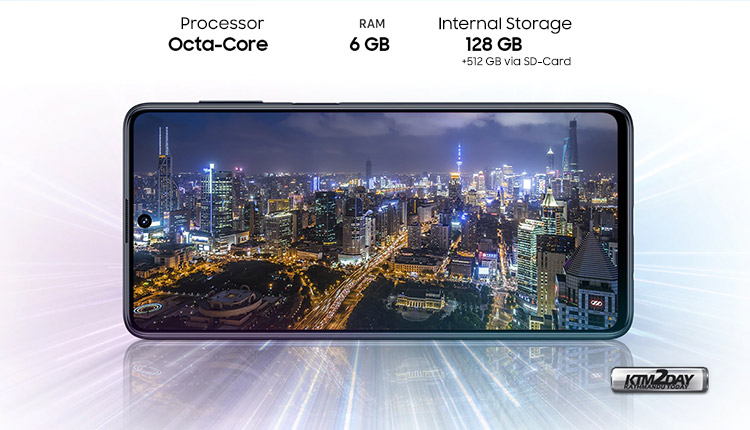 The Samsung Galaxy M51 sports a 6.7-inch full-HD+ Super AMOLED+ Infinity-O display. Although not announced, the device comes powered by a Qualcomm Snapdragon 730 SoC under the hood. It packs 6GB of RAM and 128GB onboard storage that can be expanded using microSD card. The smartphone runs on OneUI, based on Android 10.

On the rear panel, we have a rectangular module with three cameras vertically aligned and an LED flash on the side. 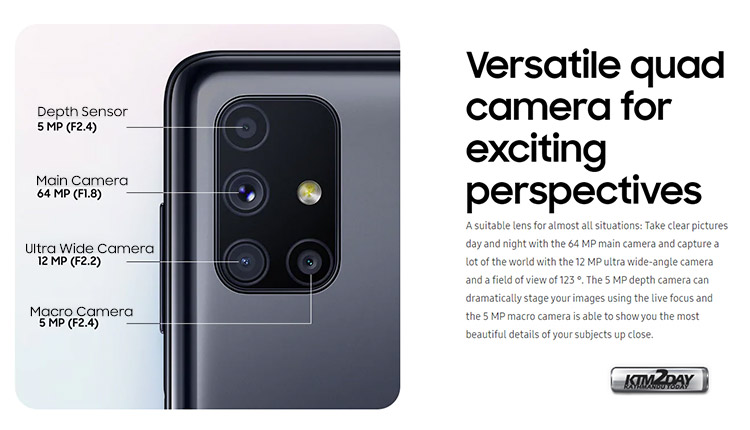 The phone houses a massive 7,000mAh battery with 25W quick-charging support. For security, the M51 comes with a side-mounted fingerprint reader located on the power button. 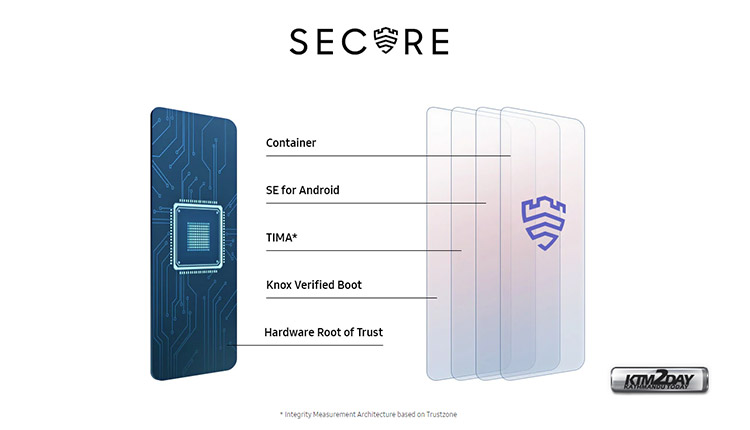 Samsung Knox is integrated into the hardware and software of the Galaxy M51 and protects it from the first time it is switched on. Thanks to the multi-layered security mechanisms, it can protect your sensitive data from malware and other threats.

The device is available in two color options of black and white. 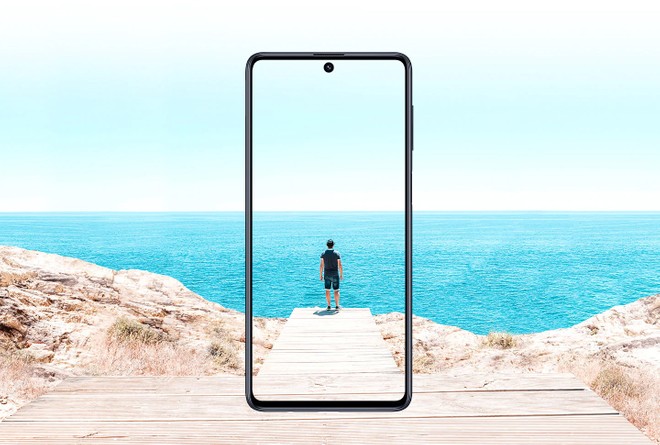 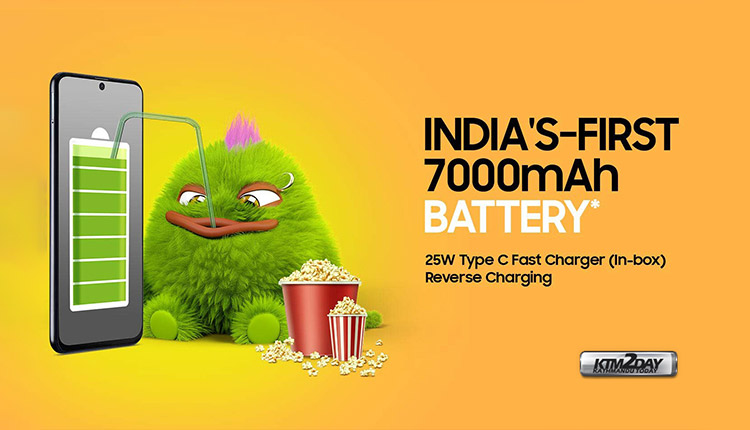