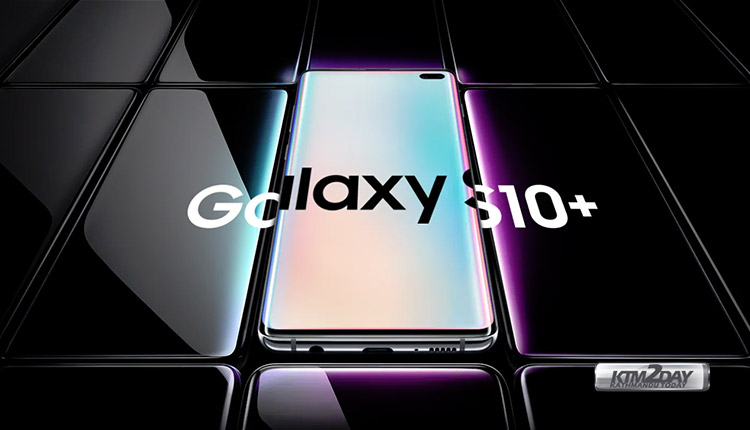 Samsung has unveiled a foldable smartphone – the Galaxy Fold – alongside a 5G Galaxy S10 handset and three other Galaxy S10 mobiles.

Alongside the S10 Flagships Samsung also unveiled its first flagship 5G phone as part of its Galaxy S10 lineup and a folding smartphone – Samsung Fold. The S10 5G model will be the first mainstream device to run on super-fast 5G wireless networks later this year.

The device could give Samsung a big head start in early 5G markets. Apple isn’t expected to have a 5G phone until the last quarter of 2020.

Samsung says the 5G phone will have “hyper fast speeds” and “forever change the way we consume content,” such as downloading movies at ultra-quick speeds.

But the 5G network is still in its early stages, which may limit how much you can do with the device. Analysts say full-scale coverage, like we currently have with 4G, is still years away.

With a 6.7-inch, 505ppi AMOLED Infinity-O display, it’s the largest of the Galaxy S10 lineup. It includes a quartet of rear cameras. It has the same telephoto, wide-angle and ultra wide lenses as the S10 and S10+, as well as one for 3D depth sensing. You’ll be able to add background blur to your videos in real-time with all those lenses. On the other side, there’s a front-facing camera, along with a 3D depth sensing lens. The S10 5G has 8 GB of RAM and an eight-core processor, while a fingerprint scanner is built into the display.

The battery has a larger capacity than the other S10s too — 4,500mAh compared with 4,100mAh in the S10+ and the S10’s 3,400mAh. The handset also supports super-fast, 25W charging, and lets you wirelessly charge a second device by placing it against the phone. Like its siblings, the S10 5G supports WiFi 6.

Galaxy Fold : A foldable phone that morphs into a tablet 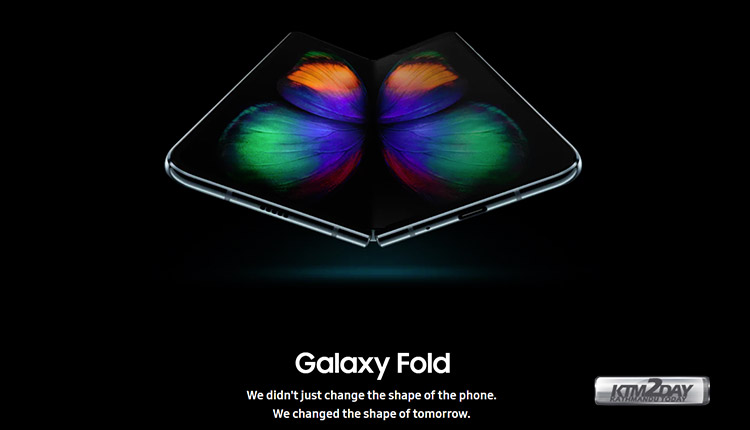 Samsung unveiled the Galaxy Fold, a phone that bends into a tablet. When its folded, the phone has a 4.6 inch display. Once it’s opened, it boasts a 7.3 inch screen.It has two batteries, one on each side of the device, and six cameras.

When using an app like Google Maps on the smaller screen, you can open it up to see a bigger more detailed version of the map.

The device lets you multi-task on the bigger screen. Users can do things like text friends, search for something on Google and watch a YouTube video simultaneously.

The Fold will go on sale in just over two months time, earlier than many expected.

The Galaxy Fold will be offered in four color options: black, green, silver and blue.

The device packs six cameras – three on the back, two on the inside and one on the front, as well as 512 GB of storage and 12 GB of RAM. The Galaxy Fold will come packed with a 4,380 mAh battery. 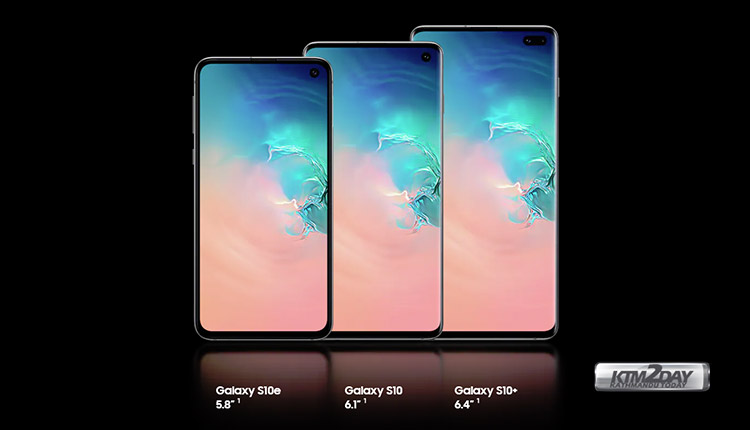 The S10 series is likely to remain Samsung’s focus when it comes to sales for the foreseeable future.

But the S10e means the Galaxy S range now starts at a lower price-point – £669 – albeit with lower specifications to match.

The S10 5G is yet to be priced and only has a vague “summer” release planned. 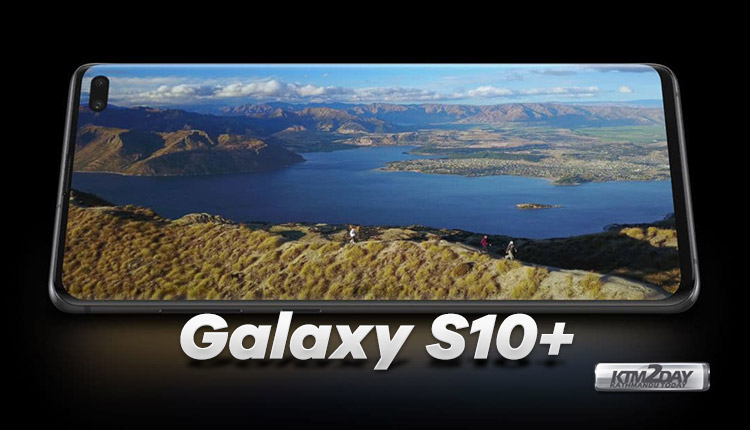 The Galaxy S10+ is powered by a 2.7 GHz octa-core Exynos 9820 (8nm) processor (in India) along with the several RAM and internal story options. The Galaxy S10+ would be available with either 8GB of RAM or 12GB of RAM in internal storage options of 128GB, 256GB and 1TB respectively. All the variants will support microSD cards of up to 512GB. The device would be available with Qualcomm Snapdragon 855 processor in other regions.

On the battery front, the device is powered by a 4,100mAh battery with Fast Charging 2.0 support. Interestingly, there is support for reverse charging through which you can charge another smartphone or accessory that supports Qi wireless charging. The Galaxy S10+ also comes with an in-display fingerprint sensor along with existing biometric security options — like Face unlock and Iris.

Samsung will offer the Galaxy S10+ in six colour options including Green, Blue, White, Black and a couple of shades of Grey.

Display, Camera and Other Specification 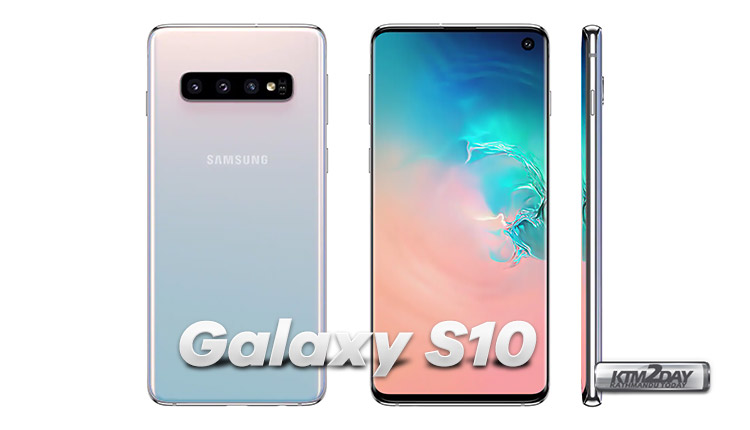 The processor is also same as the Galaxy S10+. It will be available with 8GB of RAM only in 128GB and 512GB internal storage. Both the versions will support up to 512GB microSD cards.

It is powered by a 3,400mAh battery. Like the Galaxy S10+, this one too comes with an in-display fingerprint sensor along with existing biometric security options — like Face unlock and Iris. It will be available in Blue, Green, Dark Grey and White colour options.

Display, Camera and Other Specification 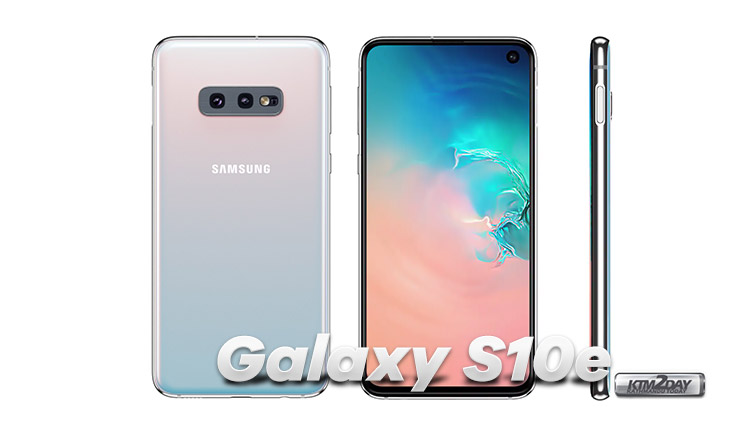 There is a dual-lens camera setup at the back with 12MP wide and 16MP ultra wide sensors. The primary sensor is 12MP 2PD A/F wide-angle with dual OIS of f/1.5 and f/2.4. There is OIS support as well with 77 degree field of view. The secondary sensor is 16MP fixed focus ultra wide sensor with a 123 degree field of view and f/2.2 aperture. The Galaxy S10+ camera supports 0.5X/2X optical zoom and up to 8X digital zoom. On the front, there is selfie camera with a 10MP 2PF A/F, f/1.9 sensor.

The Galaxy S10e runs the same processor like the bugger S10+. However, the Galaxy S10e will be available with 6GB of RAM and 8GB of RAM along with internal storage options of 128GB and 256GB. Both the variants would support microSD cards of up to 512GB.

The device is powered by a 3,100mAh battery with support for wireless charging.However, there is no in-display fingerprint scanner on the smaller Galaxy S10e but there are the regular biometric security options. The fingerprint sensor on the Galaxy S10e is a capacitive one located at the side. The device will be available in five colour options — Yellow, Dark Grey, White, Green and Blue. 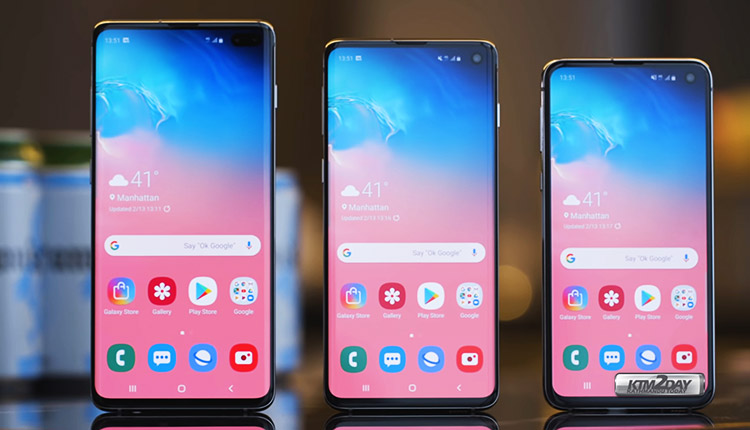 Samsung’s flagship smartphone from the S series are now available in nepali market .Samsung’s Galaxy S10 series — S10e, S10 and S10 Plus is readily available for purchase through online and offline stores through out Nepal.