Samsung’s Galaxy Unpacked Event is an opportunity for the manufacturer to present its new line of folding smartphones, the Galaxy Z Fold 3 and Z Flip 3, but that’s not all. The Korean giant has also unveiled new headphone, and also its two highly anticipated new watches, the Galaxy Watch 4 and Watch 4 Classic. To put them back in the catalog, these smartwatches replace the Galaxy Watch Active 2 and Galaxy Watch 3.

Samsung has created two new smart watches with the quality of construction that we’ve always been used to. We have the Galaxy Watch 4 looking more casual, while its Classic variant is more robust and equipped with a rotating bezel.

The big news of Samsung’s new smartwatches is its software. The Galaxy Watch 4 series has as operating system – the Wear OS Powered by Samsung, developed by Google in partnership with the South Korean technology. On top of Google’s operating system Samsung has applied its new One UI Watch interface. Presented last June, this is ranked as the most intuitive South Korean interface to date.

Thanks to One UI watch, Galaxy Watch 4 is more connected to your smartphone than ever before. Integration is, in fact, the great attribute of this software, making a perfect bridge between the watch and the phone.

Any compatible app will be automatically installed on the smartwatch as soon as you download it on your smartphone. Settings such as Do Not Disturb mode, blocked contacts, or different time zones will automatically play on Galaxy Watch 4. This software also implements gesture navigation for actions such as rejecting calls, notifications and alarms or to quickly access Bixby. Holders of the Galaxy Watch 4 Classic are given the ability to use their rotating bezel for even more intuitive navigation.

Inside, the Galaxy Watch 4 has 5-nanometer Exynos W920 processor, 1.5 GB of RAM, and 16 GB of internal storage. In addition to the new hardware, the new watch is an important milestone for Samsung by bringing google’s Wear OS operating system instead of Tizen, used in previous generations. The rest of the specifications are also an evolution of the previous models, keeping the GPS and LTE options throughout the range. Its battery backup has also extended to 40 hours.

However, the most important section is the software. Samsung hasn’t skimped on health and fitness measurement features with the Galaxy Watch 4. The smartwatch has active sleep monitoring, including measuring snoring and blood oxygen level, as well as blood pressure.

In addition, it has a system of measurement of body values by means of bioimpedance: just by placing your fingers on the side buttons of the watch will measure the % of corpral fat, BMI, fat, muscle, water, etc. A metric that, due to the measurement system and its limitations (as with scales) are quite poor in terms of accuracy but a very interesting addition.

Thanks to the collaboration of Samsung and Google for the development of WearOS, the Galaxy Watch 4 is integrated with both Bixby and Google Assistant, in addition to including dedicated apps from Google Maps or Spotify and Samsung Pay. Another highlight is its integration with the phone and settings (such as do not disturb mode). In addition, like the Apple Watch, the headphones are automatically changed between the tablet, the mobile and the watch depending on the device you are using at any given time. 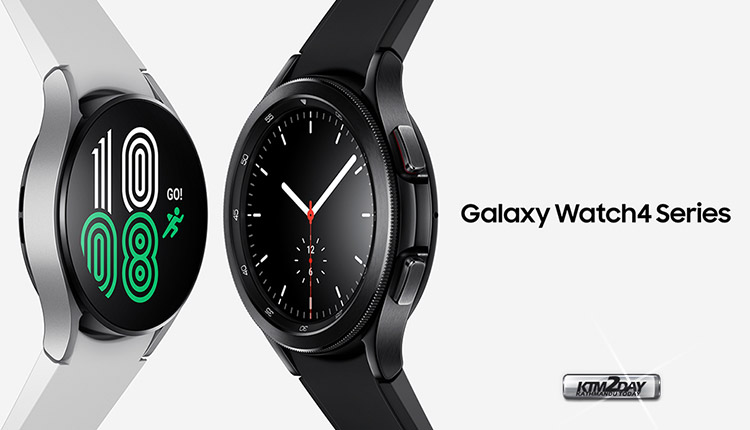 The Samsung Galaxy Watch 4 will arrive on August 27 and will be available in several colors, and two case sizes (40 and 44mm the standard and 42 and 46 mm the Classic) in addition to the aforementioned finishes, standard and Classic, whose prices are as follows: