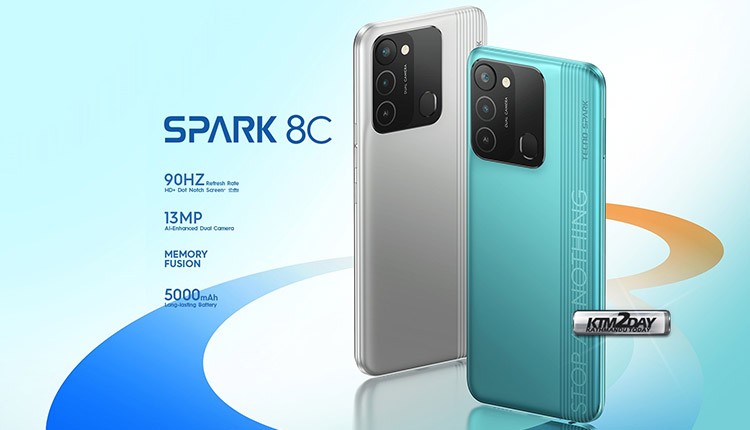 The Tecno Spark 8C is now available in India for the first time. All four colors of the phone are available in the same configuration. There are two rear-facing cameras, as well as a capacitive fingerprint scanner on the Tecno Spark 8C. The front of the phone features a dewdrop notch display with a flash. It’s refreshing to see a smartphone with a selfie flash, which is becoming increasingly rare.

This year’s Tecno Spark 8C replaces the Spark 8 that was released in India last year. With a 90Hz refresh rate, it has an HD+ 6.6-inch display. With a maximum brightness of 480 nits and a sampling rate of 180 Hz, the display is responsive to touch inputs. 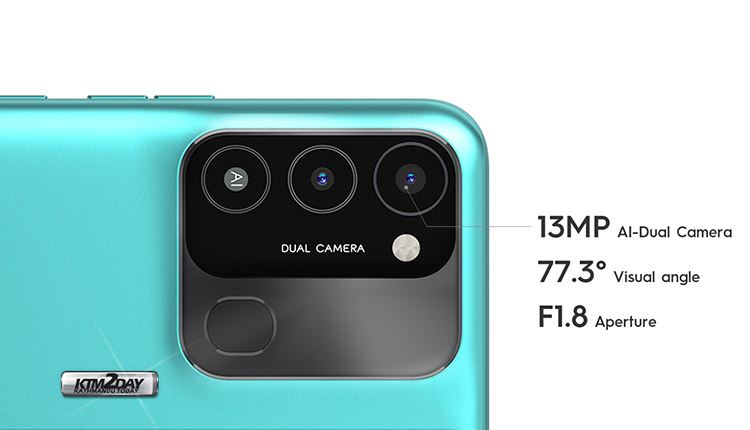 UniSoc T606 is the SoC of choice for this device, which is powered by eight cores. Memory Fusion virtual RAM increases the device’s RAM capacity from 3GB to 6GB. Storage can be increased to a maximum of 256GB by using a micro-SD card.

There are two cameras on the back of the phone: one with a resolution of 13 megapixels and the other with a resolution of QVGA. It has an 8-megapixel camera on the front for taking selfies. The back camera captures footage in 1080p at 120 frames per second and slow motion at 120 frames per second. Portrait mode and HDR round out the list of new features. 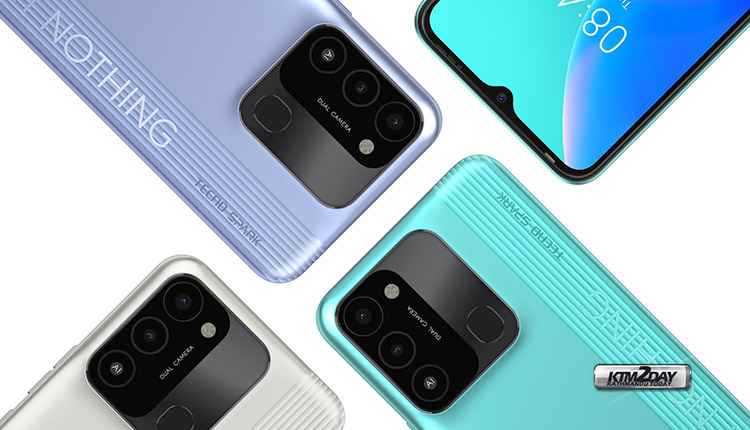 A 5,000mAh battery powers the Tecno Spark 8C. An estimated 13 hours of music playback and 53 hours of phone calls are supposedly possible on this device per the manufacturer. It has 4G VoLTE, Wi-Fi, Bluetooth, GPS, and a 3.5mm audio port for connectivity options. Additionally, the smartphone is IPX2 certified and includes fingerprint and facial unlock compatibility.

Tecno Spark 8C has been launched in the indian market at an introductory price of INR 7,499, which is around NRs 11,999 without considering import taxes.