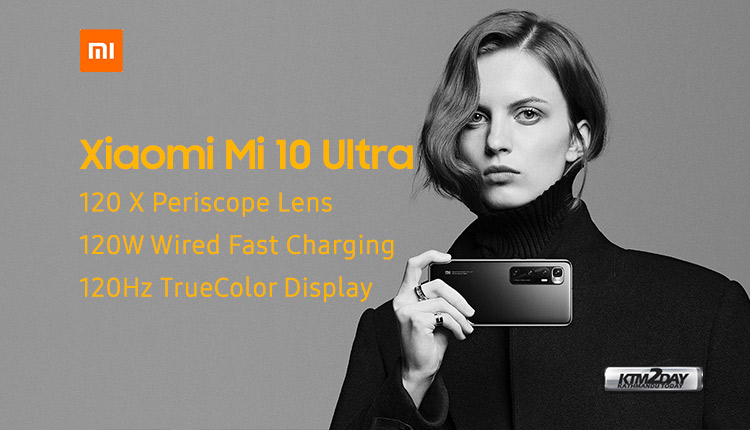 On the occasion of 10th Anniversary of the brand, Lei Jun CEO of Xiaomi presented Mi 10 Ultra to the world. Although most of the details of this smartphone had already been leaked on the web, but official details are now on paper which shows that this device has some extraordinary features.

Xiaomi Mi 10 Ultra is the new top model of the current flagship Mi 10 line, which debuted at the beginning of the year. The novelty stands out for its extremely unusual rear panel design – the massive vertical block of the main camera in the left corner takes up almost a quarter of the area and protrudes noticeably above the rear panel.

The Xiaomi Mi 10 Ultra also offers a number of very significant technical improvements over the former top model of the Mi 10 Pro line. The main difference is the main camera on four modules, among which a rectangular module with periscopic lens clearly stands out, providing 5x optical and 120x hybrid zoom. 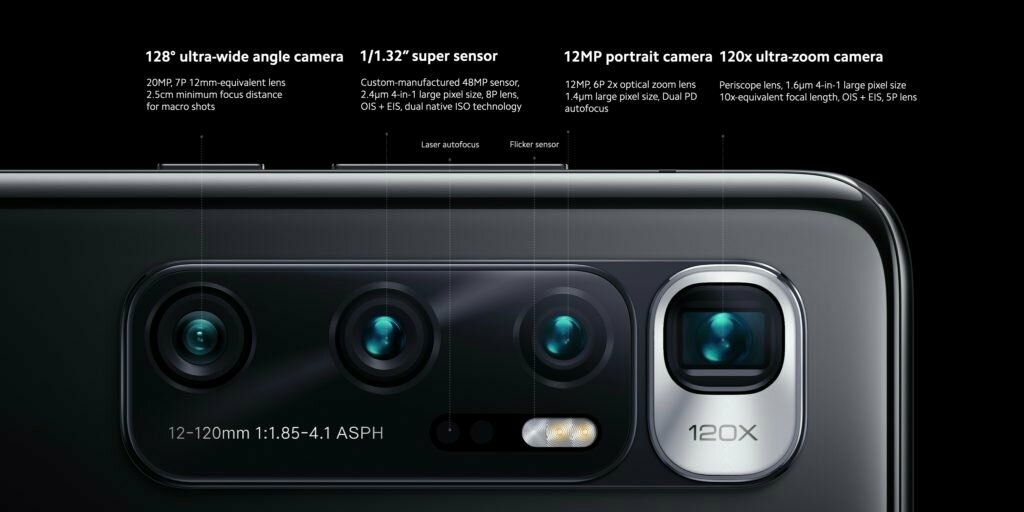 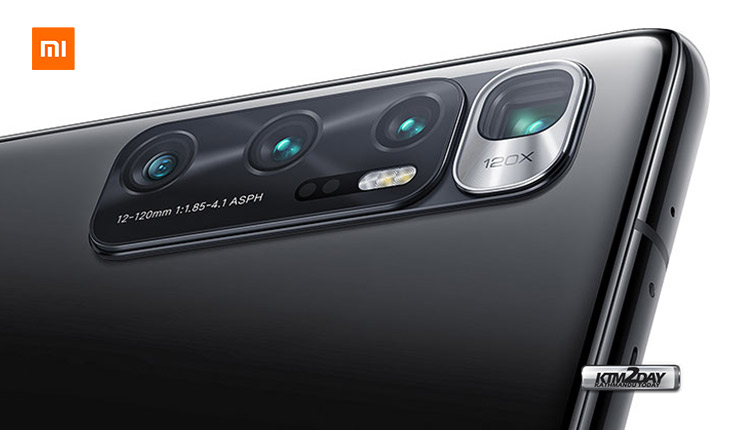 DxOMark laboratory specialists have already tested the Xiaomi Mi 10 Ultra camera and delivered their verdict – the smartphone has become the new king of the DxOMark rating (who would doubt it). According to the results of testing, Xiaomi Mi 10 Ultra received 142 points for work with photos and 109 points for video shooting. The overall result is 130 points, which is two points higher than the result of the previous leader Huawei P40 Pro. For those of you interested, more details and sample snapshots can be found in the report on the DxOMark website.

An optical fingerprint scanner is built into the screen and a single front camera with a resolution of 20 megapixels is embedded, located in the upper left corner of the front panel. Xiaomi Mi 10 Ultra is not equipped with the overclocked Snapdragon 865+ SoC, but the usual Snapdragon 865 that also powers the younger flagships of this series such as Xiaomi Mi 10. Separately, the presentation highlighted the improved liquid cooling system LiquidCool 2.0, including six layers of graphite and as many as eight temperature sensors for better dissipation of heat away from the processor and other components which helps cool under maximum load without degrading performance over time. In AnTuTu, the Xiaomi Mi 10 Ultra scored 660,000 points.

In the top configuration, Xiaomi Mi 10 Ultra has a RAM capacity of 16 GB whereas the internal storage has more than one requires in a smartphone of 512 GB capacity. There are three more configurations: 8/128, 8/256 and 12/256 GB. All configurations use fast LPDDR5 and UFS 3.1 memory.

It’s somewhat obvious that the highlight of this handset is its rear camera set, but it’s not the only flashy feature of this device : the Mi 10 Ultra has a 4,500mAh battery that can be recharged in just 23 minutes thanks to its compatibility with 120W chargers. 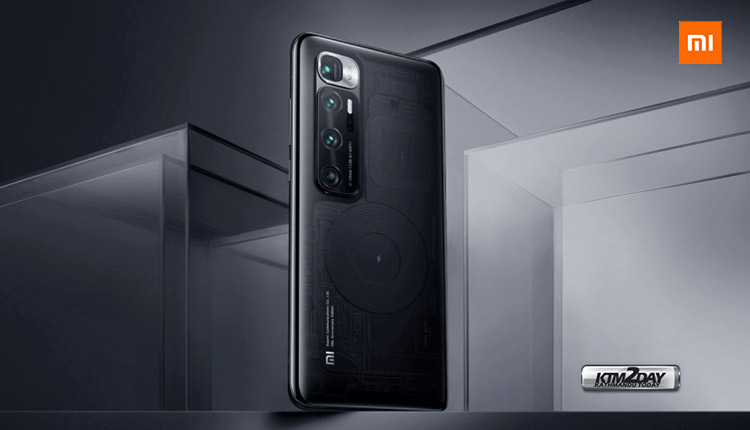 The manufacturer assures that after 800 charge / discharge cycles the battery will retain at least 90% of its original capacity. With a 50W peak power, the Xiaomi Mi 10 Ultra Wireless Charger allows you to fully charge your smartphone in 40 minutes. There is also wireless reverse charging of other Qi-certified mobile devices up to 10W.

For connectivity, the Mi 10 Ultra features a dual-band Wi-Fi 6 module with a data transfer rate of up to 9.6 Gb/s and a 5G/LTE modem, Bluetooth 5.1, NFC support, dual-band GPS, USB 2.0 Gen 1 Type-C connector, IrDA, Stereo speakers and support for 24-bit audio with up to 192 kHz sampling rate. 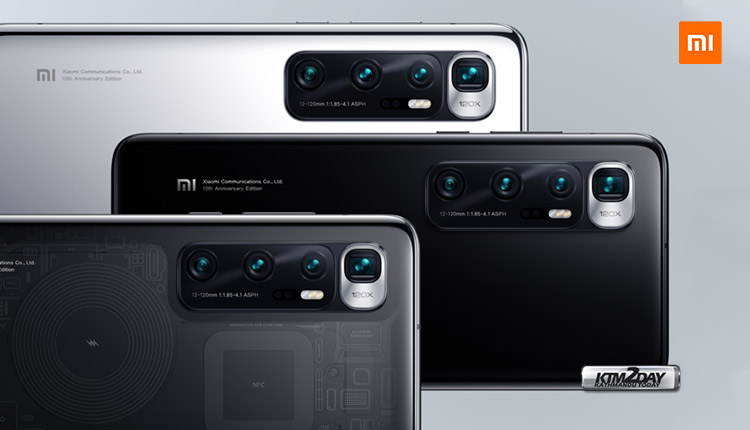 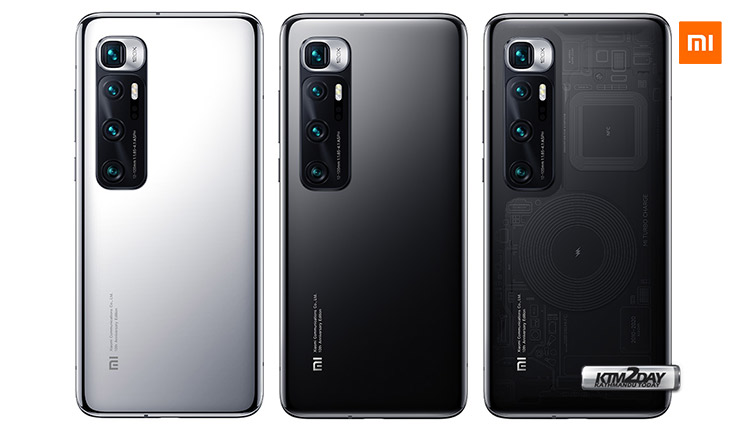 You can pre-order in China today, with real sales starting on August 16. Prices have already been announced: