Xiaomi has just unveiled the Mi Band 5 in China after the launch of Redmi 9 in Spain yesterday. This new generation of smartband offers a more spacious OLED screen, 14 days of battery life, the presence of Amazon Alexa, NFC and a magnetic charger.

Very similar to the Mi Band 4 launched in 2019, Xiaomi’s latest smartband arrives with a design with little changes , but there are several internal improvements to the new model.

Starting with the screen, the display has now been upgraded from the previous 0.95 to 1.2 inches. This means that the user has 20% more AMOLED screen area available compared to the predecessor Mi Band 4. This year, Xiaomi offers more than 100 new animated dials with characters from popular animated series, like SpongeBob, Evangelion, Hatsune Miku, and Detective Conan. 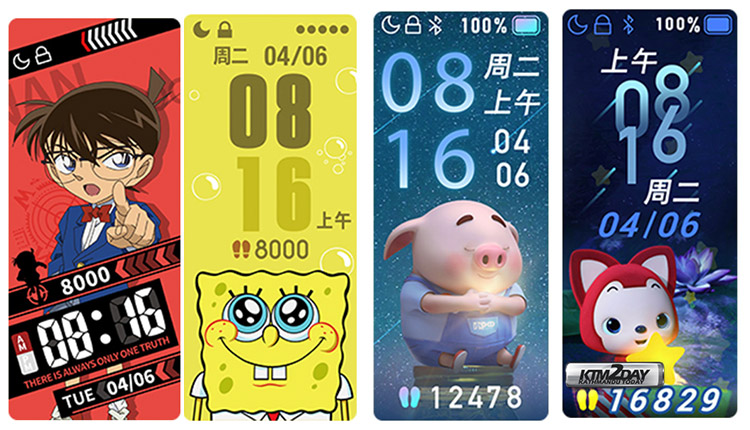 Xiaomi’s new smartband has several new features. According to what has been revealed, there will be improvements in the reliability of sleep monitoring. Xiaomi claims that the sleep monitoring accuracy feature is improved by 40 percent.And now it will also be possible to keep track of women’s health by monitoring the menstrual cycle on the smartband itself. 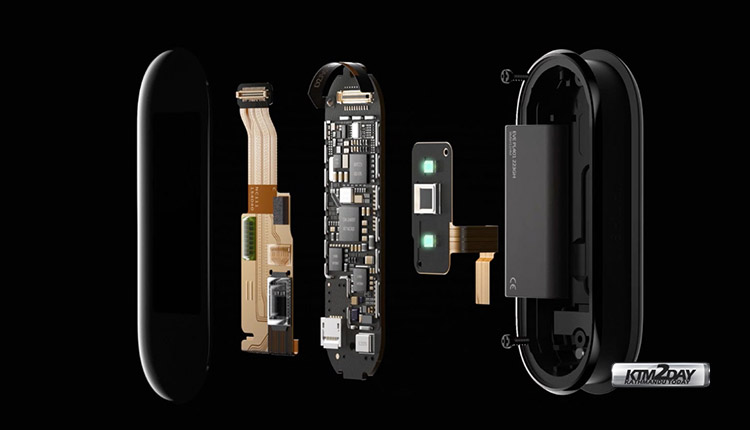 The other major highlight of this fifth iteration is the magnetic charger . It is no longer necessary to separate the tracker from the smartband to put it into it’s recharge cycle. The new design avoids the risks of false contacts, which were too regular with previous generations. 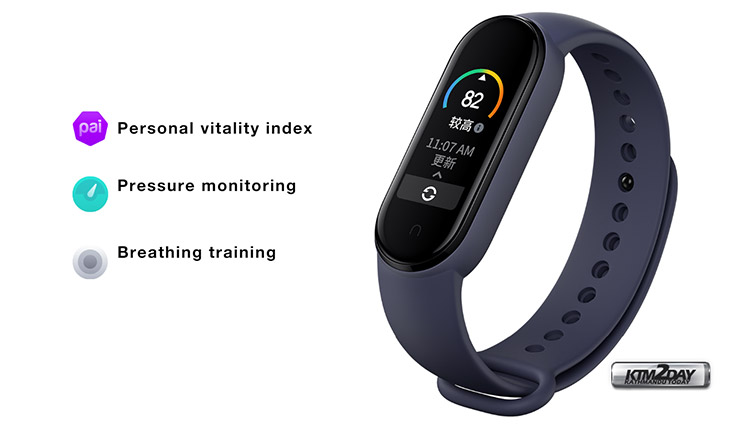 The Mi Band 5 is water resistant upto 5ATM (50 meters), and allows you to control your smartphone’s camera from a distance. In addition, users will also get social media notifications, music control, incoming calls, text, weather updates and more on the smart band. The smart band comes with a built-in microphone to enable voice commands. The Mi Band 5 retains the usual heart rate tracker but it gains a new barometer to track atmospheric pressure.

Xiaomi claims that the NFC variant of the Mi Band 5 offers 14 days of battery life while the standard version is said to last up to 20 days on a single charge.

Xiaomi Mi Band 5 has 11 sport modes
If sport is your thing, then the Mi Band 5 now has now 11 sports modes that you can monitor. Outdoor running, treadmill, cycling, walking, exercising, swimming, already existed in its predecessor. Now indoor cycling, elliptical, skipping, rowing and yoga have been added. According to the company, the Mi Band 5 will arrive with NFC to make payments. As for the integration with Alexa, we can only expect news in this regard as soon as its global version is presented. For now we will have to wait until the global launch to know the official price in global markets. In China the base version is priced at $28 and the one with NFC costs $33. The smart band comes with Black, Blue, Pink, Orange, Purple, Yellow, and Green strap options and it will go on sale starting June 18.