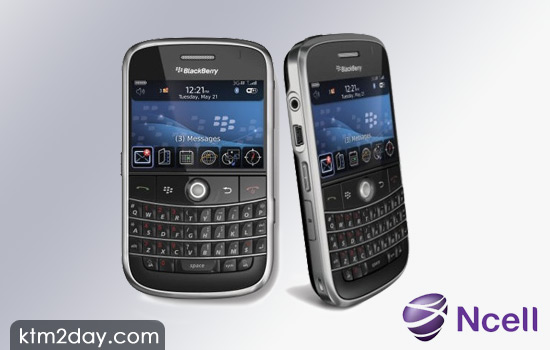 The proposed ban on Blackberry services in four countries will not have an effect on its services beginning shortly in Nepal.

“We have already given the necessary approval to Ncell to begin Blackberry services which should be available anytime now and the ban will not affect services in Nepal,” said Kailash Prasad Neupane, Spokesperson for Nepal Telecommunications Authority.

Ncell is looking to bring in Blackberry Services in Nepal soon as the regulatory body has given it a green signal.

NTA approved Blackberry services in the country via Ncell about six months ago but the regulator also put three conditions — the service provider will not be allowed to hold exclusive rights on the service, handset buying would not be mandatory from Ncell exclusively, and necessary call date interception will be allowed by NTA.

“We only approved the service after Ncell agreed to these conditions, which it agreed six months ago. The service will be affected only if there is an international rule in place against Blackberry,” added Neupane.

The issue has arisen since email and messenger on Blackberry cannot be tapped by authorities anywhere in the world except by the Research In Motion (RIM) server which is based in Canada. This strong encryption is made available to Blackberry users to ensure security and reliability for corporate as well as government officials.

“We at NTA have given a go ahead to Ncell to begin Blackberry services and it should have started by now. There will be no effect of the ban in other countries on services being provided in Nepal. Nevertheless, we are looking into the technicalities,” added Neupane. Four countries which include India, UAE, Saudi Arabia and Indonesia have called to ban two features in Blackberry services due to security threat caused by an impenetrable encryption, the two features being Blackberry Email and Blackberry Messenger. Ncell officials were not available for comment.(Source:THT)