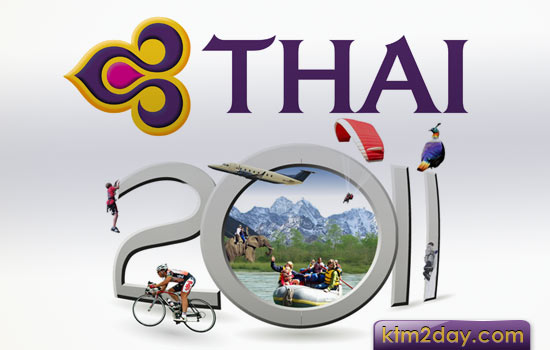 Thai Airways will support Nepal Tourism Year (NTY) 2011 through special packages and other activities to make the tourism year campaign next year a big success. “We will work together with Nepal Tourism Board (NTB), travel and tourism industry of Nepal,” said Chantouch Srinilta, Thai Airways’ general manager for Nepal and Bhutan, today.

The airline is celebrating 42th anniversary in Nepal while 2010 is the Golden Jubilee year of the airline’s inception. This year has great importance to us both in terms of establishment of Thai Airways and its operation in Nepal, he said.

The airline had started flight between Bangkok and Kathmandu in 1968 and the first flight landed at the Tribhuvan International Airport on December 4.

Thai is operating a daily flight between Bangkok and Kathmandu from October 1997, and three new flights are added in 2008 in view of growing number of passengers. Since Thai has a wide network, its support will be beneficial to NTY to attract more tourists, said Nandini Lahe Thapa, Director of NTB.

As per the understanding between Thai Airways and NTB, the later will coordinate between Thai Air and tour operators to promote Nepal as major tourist destination. NTB will play the role of a facilitator only, she said.