Tourist arrivals up 12 percent in February 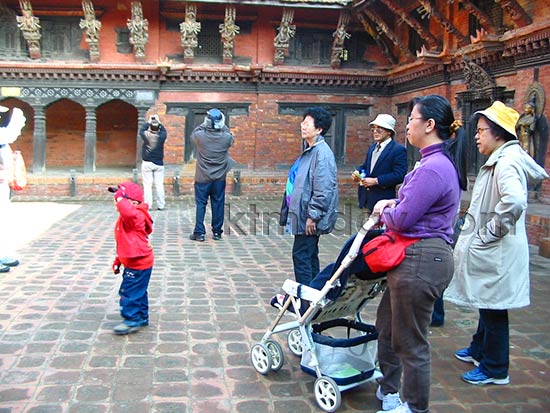 The second month of Nepal Tourism Year 2011 also saw a strong growth in arrivals by air. According to the Immigration Office, Tribhuvan International Airport (TIA), Nepal welcomed 37,584 international visitors in February, up 12 percent against the same period last year.

The Nepal Tourism Board said the upward trend seen in the first two months of 2011 despite being considered a lean season reflected a rebound in Nepal tourism. The country has seen a sustained positive growth in international visitor arrivals since June 2009.

All the tourist source markets have shown a positive growth in the second month. India, which constitutes a major market for Nepal, has recorded a growth of 39.9 percent while arrivals from Bangladesh were up 14.4 percent. However, inbound from Sri Lanka and Pakistan declined 27.0 percent and 7.1 percent respectively. In aggregate, the South Asian segment has registered a growth of 31.8 percent.

However, arrivals from France, Italy and Denmark dipped 16.2 percent, 35.8 percent and 2.8 percent respectively compared to the same month last year.