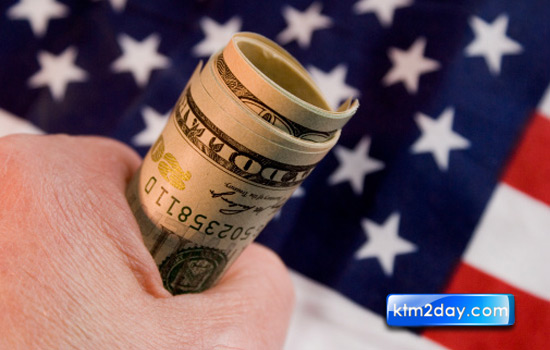 The Nepali rupee plummeted to an all-time low against the US dollar on Tuesday, with the Nepal Rastra Bank (NRB) setting the exchange rate at Rs 84.20 per dollar for Wednesday.

Earlier, the lowest recorded exchange rate for the Nepali rupee was Rs 83.40 against the dollar on March 4, 2009.

The central bank sets the exchange rate for the Nepali rupee based on the fluctuation in the Indian currency against dollar. The Indian currency also hit its all-time low of 52.73 against the dollar on Tuesday due to sustained demand for the US currency from banks and importers, mainly oil refiners, amid signs of further capital outflows. However, it recovered to settle down at 52.29 per dollar.

Economists and bankers say continuous devaluation of the domestic currency against the dollar has both pros and cons. The strengthening of dollar against Nepali rupee may result in increased remittance inflow. According to NRB Spokesperson Bhaskarmani Gnawali, given the country’s high dependence on remittance, the weakening of rupee is relatively advantageous.

Bankers also say this will encourage Nepalis working abroad to send remittance back home. Banks have been witnessing increased flow of remittance with the beginning of decline of the Nepali currency against the dollar. “Obviously, the remittance flow has gone up significantly in recent days,” said Anil Gyawali, chief executive officer of Nabil Bank.

With the dollar remaining strong, Nepali exports will get a boost with returns getting higher. However, with Nepal’s export volume being smaller than import’s, it will not help the economy in totality. “Given the small export basket, Nepal is unlikely to benefit,” said Krishna Bahadur Manandhar, former deputy governor of NRB.

Manandhar, however, sees more disadvantages with weakening Nepali rupee. “At a time when we are facing power crisis, the cost for hydropower developers will go up with the rise in the prices of equipment such as turbines,” said Manandhar. “This is a double blow to them as they are also facing high bank rates.” Also, Nepal Electricity Authority has signed power purchase agreements with Bhotekeshi and Khimti hydropower projects in dollar terms. This means the power utility body will have to spend more to pay these projects. “With Nepali industries import industrial raw materials from India by paying US dollars, they will have to bear additional burden,” said Manandhar. Nepal will also have to pay more while repaying its external loans.

Goods imported from third countries (other than India) will also be expensive, as they are brought in by paying dollars. “As we import two-third of goods from India by paying IC, this won’t affect much,” said Gnawali.

As of the last fiscal year, Nepal’s import from India stood at Rs 261.63 billion and from third countries at Rs 133.27 billion.

However, with imports from third countries constituting around 33 percent of the total imports, the economy may face inflationary pressure. “Even Chinese goods that are comparatively cheaper will be expensive. This will hit lower income group,” said Gnawali.

Despite the volatility in the currency market, the central bank cannot do much. “We can do nothing as long as our currency is pegged with IC,” said NRB Deputy Governor Maha Prasad Adhikari. (Source:ekantipur)