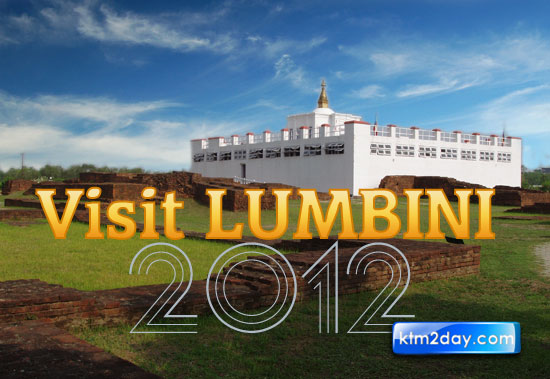 “I formally declare the year 2012 as Visit Lumbini Year so as to make the birthplace of Buddha a centre of global attraction,” said the prime minister at a programme here. Lumbini is one of the country’s 10 sites inscribed on UNESCO’s World Heritage Site List.

Bhattarai said Buddha fought against starvation, terrorism, hatred, wars and intolerance, and insisted that country is heading towards ensuring perennial peace, ending the impact of past conflicts.

Buddha’s discourses have high influence on both domestic and international communities and that Nepal should take its advantage by linking religion with the country’s development.

He committed that a number of plans have been devised to make Lumbini, the centre of global attraction. In the first phase, the government will design a master plan for the development of Lumbini and then a circuit will be developed to connect all the holy places related to Buddha.

The Cabinet on October 17 had declared 2012 as Visit Lumbini Year (VLY) for the promotion and development of the Lumbini area. It had also formed a six-member national committee led by UCPN (Maoist) Chairman Pushpa Kamal Dahal for the development of the Greater Lumbini Area.

Maoist Chairman Dahal is also one of the joint chairmen of Hong Kong-based Non Governmental Organisation—Asia Pacific Exchange and Cooperation Foundation (APEC)—which was said to have pledged to spend $ 3 billion for the development of Lumbini.