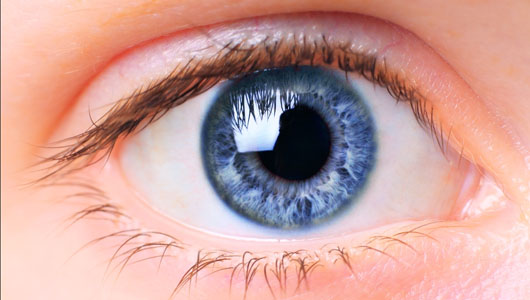 A new study shows that the sexes really do see the world differently. Men notice small details and moving things while women are more sensitive to color changes.

Guys’ eyes are more sensitive to small details and moving objects, while women are more perceptive to color changes, according to a new vision study that suggests men and women actually do see things differently.

“As with other senses, such as hearing and the olfactory system, there are marked sex differences in vision between men and women,” researcher Israel Abramov, of the City University of New York (CUNY), said in a statement. Research has shown women have more sensitive ears and sniffers than men.

“[A] recent, large review of the literature concluded that, in most cases females had better sensitivity, and discriminated and categorized odors better than males,” Abramov and colleagues write Tuesday (Sept. 4) in the journal Biology of Sex Differences.

Abramov and his team from CUNY’s Brooklyn and Hunter Colleges compared the vision of males and females over age 16 who had normal color vision and 20/20 sight — or at least 20/20 vision with glasses or contacts.

In one part of the study, the researchers asked the volunteers to describe different colors shown to them. They found that the guys required a slightly longer wavelength of a color to experience the same shade as women and the men were less able to tell the difference between hues. [Your Color Red Really Could Be My Blue]

Abramov explained in a statement these elements of vision are linked to specific sets of thalamic neurons in the brain’s primary visual cortex. The development of these neurons is controlled by male sex hormones called androgens when the embryo is developing into a fetus.

“We suggest that, since these neurons are guided by the cortex during embryogenesis, that testosterone plays a major role, somehow leading to different connectivity between males and females,” Abramov said. “The evolutionary driving force between these differences is less clear.”

Previous research found that men and women also focus differently. In experiments at the University of Southern California, researchers found that men are likely to fixate on the mouth of a person in conversation and also are more likely to be distracted by movement behind that person. Meanwhile, women tend to shift their gaze between a speaker’s eyes and body, and they are more likely to be distracted by other people, the researchers found.