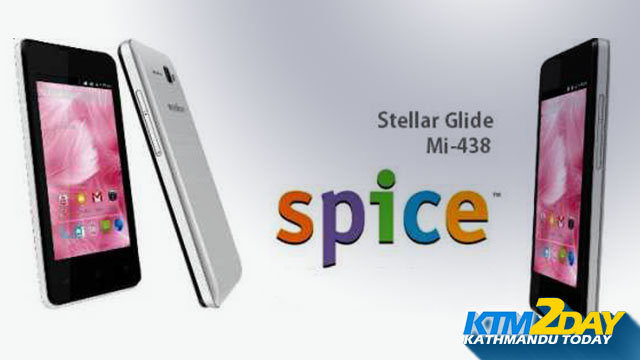 The smartphone has 1,350mAh battery. The company provides a free leather case with the handset. (PR)

Under the new rates, Ncell customers would now be able to call to European Union Countries, including the United Kingdom, Sweden, Germany, France and Italy, among others, at Rs 4.99 per minute, excluding taxes.

The new tariff is coming into effect from July 8. The customers need not dial any additional number to talk to their loved ones at the new tariff.

It is applicable for all Ncell pre-paid and post-paid Ncell customers throughout Nepal. However, premium numbers will be charged premium rates, as per the press release issued by the company.

Flights to Varanasi
KATHMANDU: Buddha Air is resuming its flights to Varanasi, India from first week of August to facilitate devotees who wish to visit the place for pilgrimage. It will be flying twice a week to Varanasi on Mondays and Tuesdays. Since August is regarded as an auspicious month to visit Varanasi, the airline is resuming its Kathmandu-Varanasi air service from this month. The city is regarded as the holy place for Hindus, Buddhists, and Jains. Even as Buddha Air started flying to Varanasi in 2011, it has been operating service only during pilgrimage seasons.

Mobile apps training
KATHMANDU: Nepal AOTS is organising a training cum workshop programme on mobile application development. The five-day event is targeted to motivate start-up companies and programmers to create apps for local and international market. Discussion on mobile apps trends in Japan and world, a half-day competition on mobile apps and discussion on different mobile environment are some of the features of the training programme. The training will be held from July 21 to 25 in Lalitpur. The organisers say that the event will help Nepali companies and programmers to enhance their skills and give an opportunity to promote their creativity. The registration fee to participate in the training has been fixed at Rs 10,000 per participant.