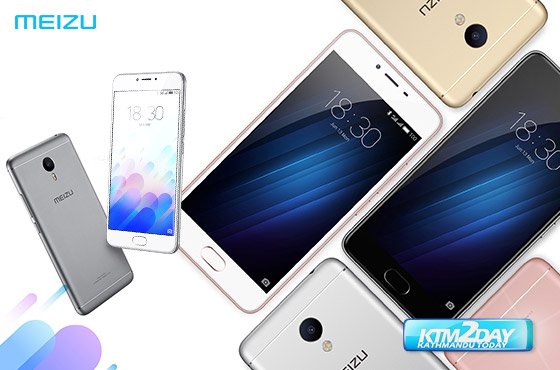 Meizu Technology Co., Ltd. , a Chinese consumer electronics company based in Zhuhai, Guangdong. Founded in 2003, Meizu began as a manufacturer of MP3 players and later MP4 players. As of 2008, Meizu moved its focus to smartphones, with their first smartphone being the Meizu M8.

Meizu is one of the top ten smartphone manufacturers in China with 11.2 million units sold worldwide in the first half of 2016.

After building a global presence in Hong Kong, Israel, Russia and Ukraine, among other countries it launched two of their latest models – M3 Note and M3s in Nepal amid a ceremony held in Kathmandu on Monday.

Meizu has appointed Ubiquity Pvt Ltd as its authorized distributor in Nepal and will be opening service center in City Center, Kathmandu within a month.

Both the models have full metal body ,support dual 4G sim ,fingerprint sensor and are available in Gray, Silver and Gold colors.