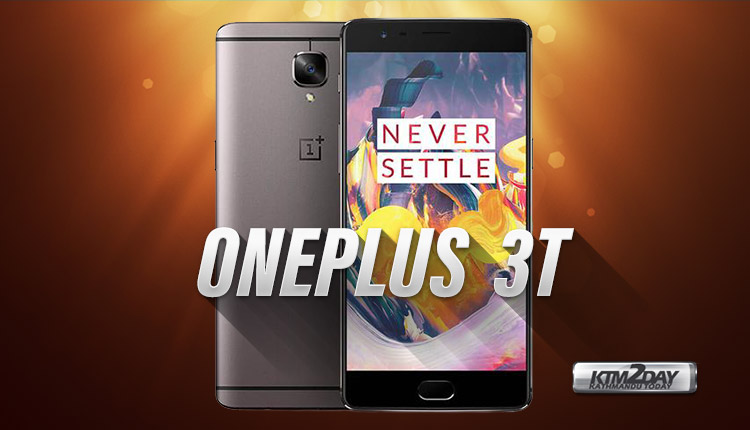 The OnePlus 3T is powered by 1.6GHz quad-core Qualcomm Snapdragon 821 processor and it comes with 6GB of RAM. The phone packs 64GB of internal storage cannot be expanded. As far as the cameras are concerned, the OnePlus 3T packs a 16-megapixel primary camera on the rear and a 16-megapixel front shooter for selfies.

About OnePlus
OnePlus is a Shenzhen-based start-up and producer of smartphones founded in December, 2013. The company’s claim to fame is its bid to offer flagship-level specs in its smartphones, at affordable prices. OnePlus initially sold its smartphones only through an invite system where customers would be sent an invite to purchase smartphones and they had to make the purchase within a fixed time frame. Of late the company has held open sales of its smartphones too.