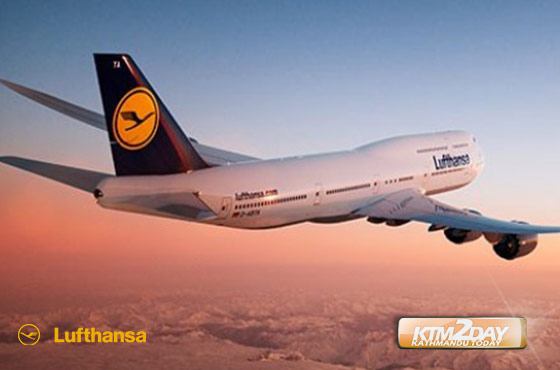 The government’s plan to induct Lufthansa Consulting of Germany as a strategic management partner in Nepal Airlines Corporation (NAC) has moved a step forward after an official panel described the company’s proposal as being ‘suitable’.

A seven-member committee led by Tourism Joint Secretary Buddhi Sagar Lamichhane submitted its evaluation report to the Tourism Ministry on Sunday, with the recommendation that Lufthansa Consulting was appropriate as a strategic management partner in NAC.

The evaluation report was handed over to Tourism Secretary Shankar Prasad Adhikari. “The ministry now needs to get the Finance Ministry’s approval,” said Lamichhane. “Then the proposal will be tabled at the Cabinet for its final okay.”

He said that a green light from the Cabinet would allow the Tourism Ministry to begin negotiations about financial and technical aspects.

Last March, the Tourism Ministry had invited closed requests for proposals (RFP) from reputed airlines in the US, UK, France, Germany and Australia through their embassies in Kathmandu to bring a strategic partner in the national flag carrier.

Lufthansa Consulting, an independent subsidiary of the Lufthansa Group, was the sole applicant.

The ministry said it had asked for closed RFPs as the government did not have any modality or legal clarity on inducting a foreign strategic management partner.

The parliamentary Public Accounts Committee (PAC) had also directed the government in March to induct a foreign strategic partner in NAC within three months. If Lufthansa Consulting gets the contract, it will be the second strategic partner in the state-owned airline’s history.

In 1970, the then Royal Nepal Airlines Corporation (RNAC) had invited experts from Air France under a programme to improve the management, and they handled most of the managerial positions until 1973. In 1972, RNAC acquired its first jet, a Boeing 727, in cooperation with the French carrier.

Since the expiry of the contract with the French company, the government has been trying to find a strategic partner for NAC to improve its deteriorating performance amid recurring cases of corruption.

Finally in 2015, the German company, which submitted its RFP on Tuesday, expressed interest to partner with NAC.

At that time, Lufthansa Consulting had made a detailed presentation at the Finance Ministry to provide consultancy and management services to improve the performance of NAC and enhance its operational efficiency. It submitted the proposal to the Prime Minister’s Office in March 2015.

Under the new partnership modality, the Tourism Ministry has suggested that both NAC and the partner company share the gross profits.

The ministry has also said that the partnership could be extended for a maximum period of 10 years and the partner could be given charge of key areas like operations, management, engineering or technical and financial.

“The company has said that it can take charge of NAC for three years, and that the contract can be extended for two more years,” said Lamichhane.

NAC’s ground handling service at TIA is a major moneymaker, generating more than Rs3 billion in revenues annually, which is nearly a third of its total receipts.