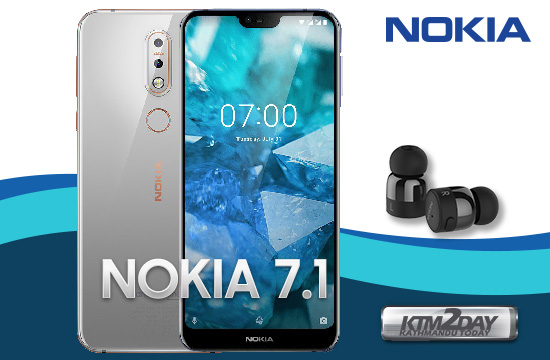 After several weeks of information leaks and rumors, HMD Global has finally introduced its new Android One smartphone right on schedule. As expected, the Nokia 7.1 comes out as a very interesting smartphone.

Although the Nokia 7.1 does not present top of the line hardware, in general it is a smartphone that will certainly show quite solid and interesting details.

Featuring dual-anodized diamond-cut edges, Nokia 7.1 comes in two colors – Midnight Blue and Steel. The new Nokia 7.1 follows the same design language as the X.1-series smartphones like the Nokia 5.1 Plus, and Nokia 6.1 Plus.

The Nokia 7.1’s highlight is its display. It is the first smartphone to come with ‘PureDisplay’ technology, which ensures higher contrast, and more vibrant colors.

Under the hood is a Qualcomm Snapdragon 636 SoC, same as Nokia 6.1 Plus. It’s paired with 3GB/4GB of RAM, and 32GB/64GB of internal storage with support for microSD cards of up to 400GB. Like most other smartphones in HMD Global’s line-up, the Nokia 7.1 too is Android One-certified. It runs stock Android Oreo out-of-the-box, with an update to Android Pie scheduled to arrive soon.

As noted, the Nokia 7.1 comes with two cameras on the back. It consists of a 12-megapixel primary sensor with f/1.8 aperture and secondary sensor of 5-megapixel, complete with ZEISS optics and dual-LED flash. On the front, the Nokia 7.1 sports an 8MP sensor with f/2.0 aperture AI-enhanced camera for selfies and video calls, with support for ‘3D Personas’ (Nokia’s take on Animojis). There’s support for ‘Bothies’ as well, and they can be live streamed directly to Facebook and YouTube.. The smartphone comes with a 3,060mAh battery.

The company has a event scheduled for Oct 11 in India and is expected to launch Nokia 7.1 in the indian market. 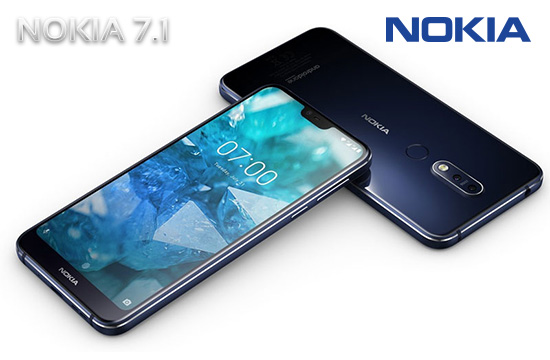 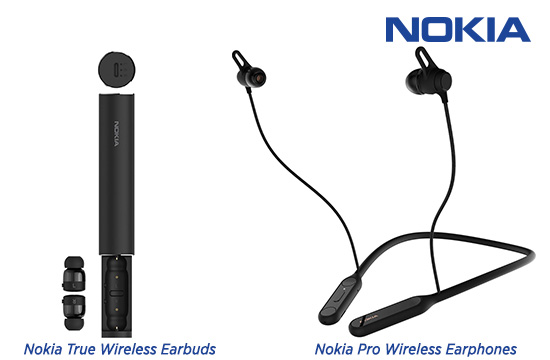 Providing a playback time of 3.5 hours on a single charge, these new wireless earbuds are compact enough to be carried around everywhere. For the same, they come with a charging/carrying case that can juice them up for up to 16 hours of playback.

These earphones come with a headband that sits comfortably around the user’s neck. They are claimed to have a playback time of 10 hours on a single charge, and come with a built-in vibration function that alerts the user of incoming calls and other notifications.