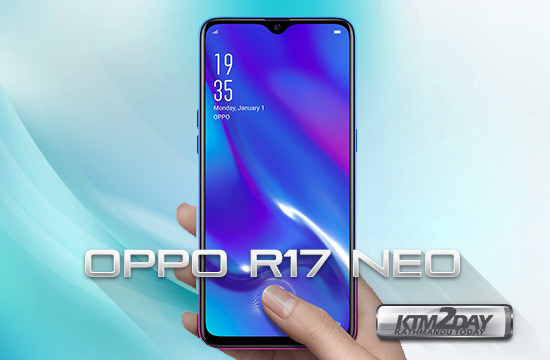 Oppo has just released another member of the capable Oppo R17 mid-range series of smartphones, this time not in India, not in China, but in Japan. Dubbed the Oppo R17 Neo, the new entrant as noted by appears to be a variant of the Oppo K1 and R15X, which are partially based on the Oppo R17.

The phone comes with a 6.40-inch touchscreen display with a resolution of 1080 pixels by 2340 pixels.

The major selling points of the device is its in-display fingerprint sensor, and coincidentally, it is the first of its kind to arrive in the Japanese smartphone market. 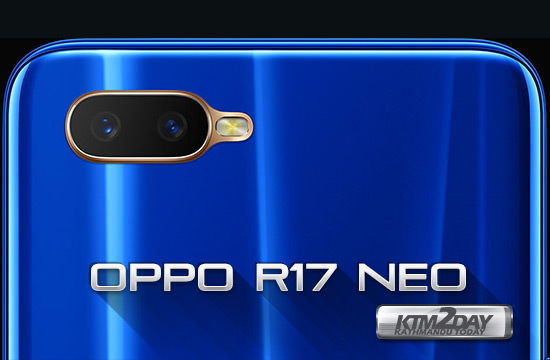 The water-drop notch is home to a 25Mp camera with a couple of AI features, while there is a dual 16MP + 2MP with LED flash on the flip side.

The Oppo R17 Neo is powered by 1.95GHz octa-core processor and it comes with 4GB of RAM. The phone packs 128GB of internal storage that can be expanded up to 256GB via a microSD card. As far as the cameras are concerned, the Oppo R17 Neo packs a 16-megapixel primary camera and a 2-megapixel secondary camera on the rear and a 25-megapixel front shooter for selfies. 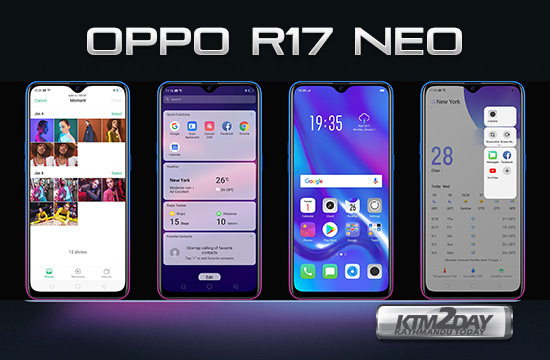