Update – Samsung Galaxy M10 has been launched in Nepali market from online and offline stores.

Samsung Galaxy M10 and M20 were officially presented during a special event held today in India. So, after the images and videos leaked in the past few days and the FCC certification a week ago , the two smartphones of the original M series have no more secrets left out.

The notch Infinity-V display of the South Korean producer made its debut, and it does so on two devices equipped with a new version of the Samsung Experience UX interface and mid-range specifications.

Samsung Galaxy M10 and M20 will be available in India through official website and Amazon starting from February 5. 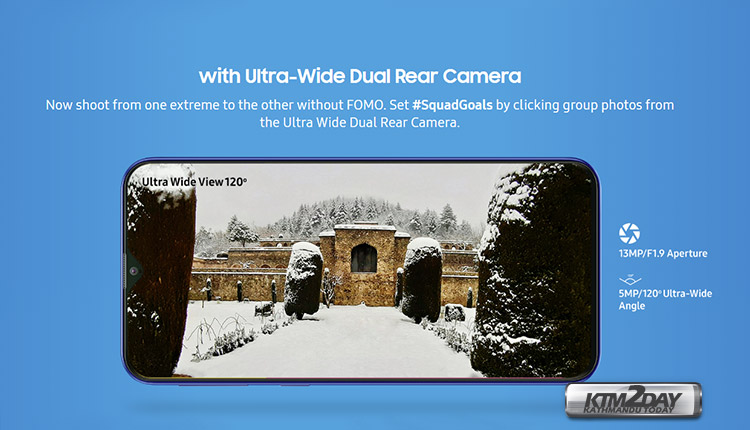 The Samsung Galaxy M10 features a 6.2-inch HD+ Infinity-V display and is powered by a 1.6GHz octa-core Exynos 7870 processor. It is the same processor which powers phones like Samsung Galaxy J6, Galaxy J7 (2017/2016) and others.

The device flaunts Samsung Experience UI 9.5 based on Android 8.1 Oreo operating system. Samsung has promised to roll out Android 9 Pie update by August. It is a dual-SIM smartphone with support for 4G VoLTE and comes with a 3.5mm headphone jack along with other connectivity options like Wi-Fi, Bluetooth.

The device doesn’t come with a fingerprint scanner and there is Face Unlock instead. As far as the camera is concerned, the Samsung Galaxy M10 comes with a dual-lens rear camera with a 13MP primary sensor along with a 5MP secondary sensor with 120-degrees ultra-wide angle lens. On the front, there is a 5MP camera for selfies.

The device is powered by a 3,400mAh battery and comes with microUSB port for charging and data transfer needs. There is Widevine L1 certification as well. 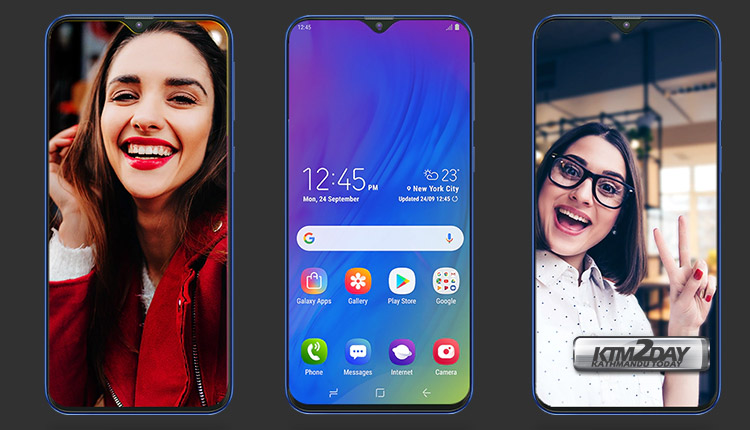 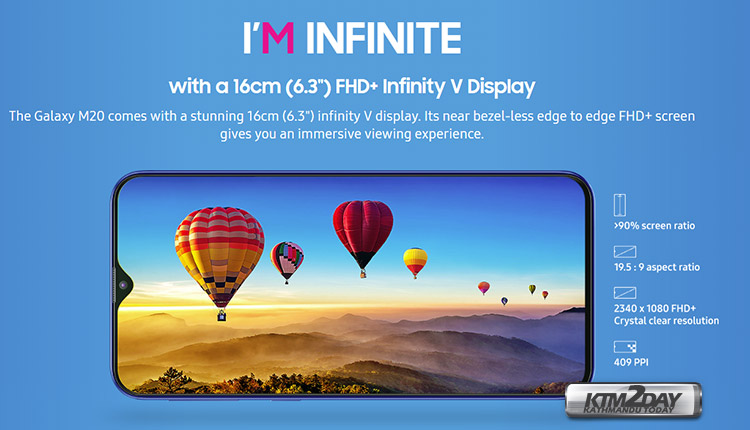 The Samsung Galaxy M20 features a 6.3-inch Full HD+ Infinity-V display and is powered by the brand new 1.8GHz octa-core Exynos 7904 processor that was launched recently.

The device runs Samsung Experience 9.5 UI based on Android 8.1 Oreo operating system. Samsung has promised to roll out Android 9 Pie update by August. It is also a dual-SIM smartphone with support for 4G VoLTE and comes with a 3.5mm headphone jack along with other connectivity options like Wi-Fi, Bluetooth. The device has a fingerprint scanner at the back and there support for Face Unlock as well.

The device is powered by a 5,000mAh battery and comes with USB Type-C port for charging and data transfer needs. Samsung has supplied a 15W charger with the phone for fast charging needs. There is Widevine L1 certification along with support for Dolby Atmos audio. 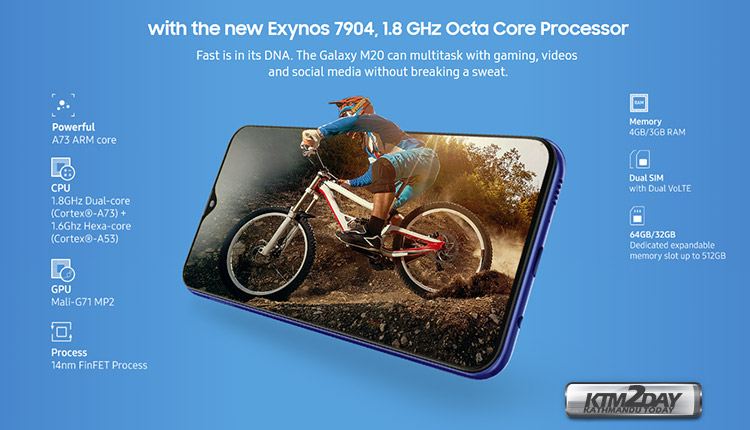 The M-Series smartphones of Samsung – M10 & M20 will be launched in Indian market on Feb 5,2018. Shortly thereafter, it could make its way to Nepali market in the next month of February.

Both the smartphones -Galaxy M10 and Galaxy 20 take on the likes of Xiaomi, Vivo, Honor and other Chinese smartphones. The aggressive pricing by Samsung could be a big reason for Xiaomi to worry whose key USP has always been low-end pricing. With the Galaxy M10 and M20 launch, Samsung will be the only big smartphone brand to compete in the budget segment which is, otherwise, ruled by Chinese players.

The pricing of Samsung M-Series smartphones will vary slightly in the domestic market as compared to Indian price with a 10-20% difference, as has been the trend in it’s pricing of entry level and mid-range handsets. The company whereas sets uniform pricing in both markets on handsets above 50K range.

If priced right, Samsung’s M-Series will definitely regain the market share that it once lost to Chinese makers like Xiaomi, Vivo, Oppo and Huawei in the domestic market.