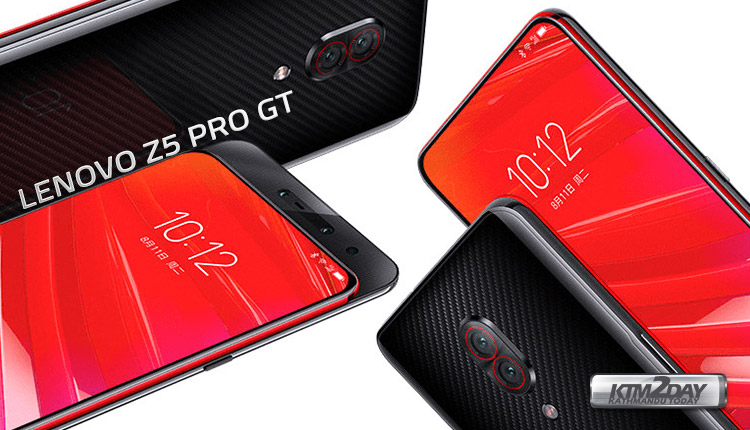 Lenovo today launched the Z5s model at an event held in China and the company had another surprising product which was revealed later – the Lenovo Z5 Pro GT.

The company packed the recently launched Snapdragon 855 Soc into its Lenovo Z5 Pro GT unit and has outdone all other companies in the race to become the first to launch a smartphone with SD 855.

The Lenovo Z5 Pro GT comes with Snapdragon 855 and a combination of  12GB of RAM and 512GB of storage.

Lenovo revealed that the Z5 Pro with Snapdragon 855 outdid every other smartphone in AnTuTu with a score of 368,480.

The Lenovo Z5 Pro GT is remarkably priced at the lowest CNY 2698 for the 6GB+128 GB base variant which through straight conversion translates roughly about NRs.44,000 , better than the Poco F1 deal. The dual-SIM (Nano) Lenovo Z5 Pro GT runs ZUI 10.0 based on Android 9.0 Pie. It features a 6.39-inch full-HD+ (1080×2340 pixels) Super AMOLED display with a 19.5:9 aspect ratio and Corning Gorilla Glass protection. However, the USP of the Z5 Pro GT will be its Snapdragon 855 SoC that is based on 7nm process to deliver top-notch performance. The new chip was announced earlier this month, and companies such as OnePlus and Sony were so far expected to bring its processing power to the masses. The Lenovo Z5 Pro GT also has a dual camera setup at the front that comes with a 16-megapixel front-facing sensor with an f/2.2 aperture and a secondary 8-megapixel IR sensor to enable the Face Unlock functionality. The selfie camera setup notable sits on the siding structure that also has sensors such as an ambient light as well as an earpiece.

The sliding structure uses six parallel slides, double-helical structure, and AI smart antennas. The antennas are touted to intelligently detect the position of the user’s hand grip to dynamically adjust the signal. 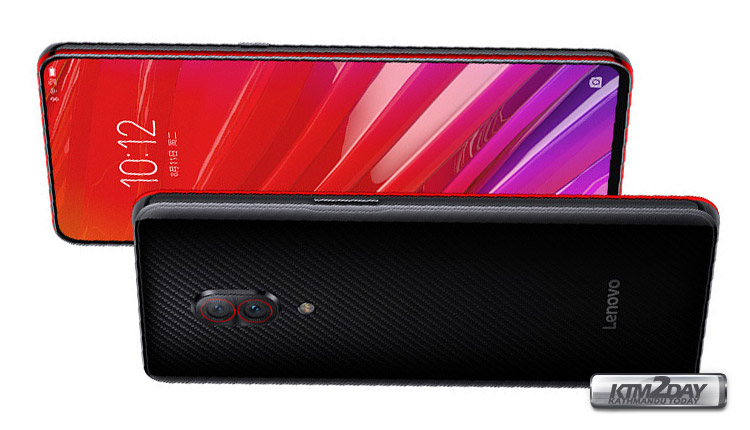 For storing content, Lenovo has provided 128GB, 256GB, and 512GB storage options. The Z5 Pro GT has a range of connectivity options, including 4G LTE, Wi-Fi 802.11ac, Bluetooth v5.0, GPS/ A-GPS, NFC, and USB Type-C. Sensors on board include an ambient light sensor, hall sensor, electronic compass, gravity sensor, gyroscope, and a proximity sensor. There is also an in-display fingerprint sensor to unlock the smartphone by placing a registered finger on its display. 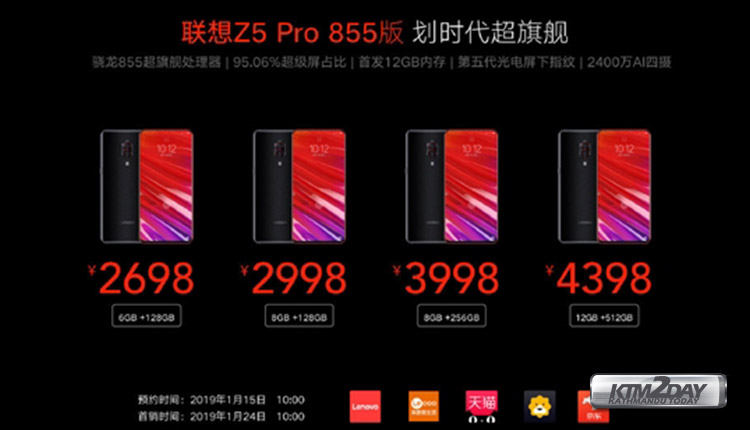