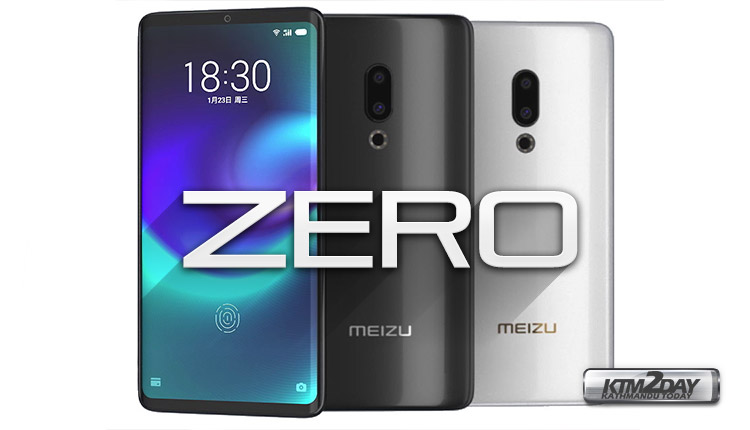 Innovation in technology can not be stopped even if we do not see too much sense of the changes that brands insist on introducing.

Hole-Less in a sense that the smartphone doesn’t have any holes for speaker, usb charging ports, no power or volume rocker buttons and also no slot for sim-card. The outer body of Meizu Zero is a seamless slab of ceramic except the protruding camera bump on the back and what appear to be microphone holes on the bottom.

So how does the speaker, charging, sim card and physical buttons work?

The Meizu Zero has a under glass fingerprint sensor and also a piezoelectric transducer, a Meizu’s mSound 2.0 technology that allows it to function as a full fledged smartphone speaker. The handset comes with wireless charging feature with upto 18W “Super mCharge Wireless” technology which puts Apple and Samung wireless charging to shame.The Meizu Zero is a wireless charging-only phone, making it the fastest-charging phone wirelessly. Data transfers will only be conducted over Wi-Fi and mobile networks.

The Zero comes with eSim technology and completely replaces the presence of a physical sim-card slot.

There is also an absense of power buttons and volume rockers which are replaced by a haptic feedback system with virtual buttons placed on the side to turn the smartphone on and off and to adjust the volume.Such feature was first seen in HTC U12+. Now due to the absence of holes on the outside of the device the handset has an IP68 rating against water and dust.

On the front the Meizu Zero packs a 5.99-inch AMOLED screen with an in-display fingerprint scanner and a 20MP selfie camera. 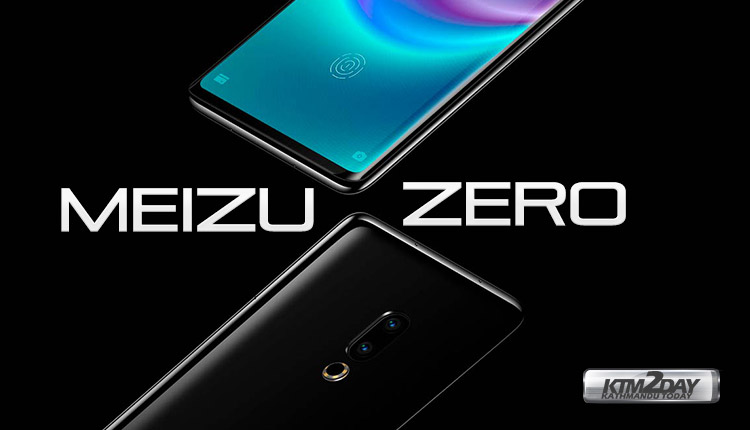 RAM, storage and battery remain to be seen and there’s still no official word on availability or price. The Meizu Zero will come in Black or White.

Meizu hasn’t revealed the full specification of the device officially nor its launch date or price. The smartphone could be launched in the Mobile World Congress Show 2019 which is going to be held in February.

Similar to the Meizu Zero smartphone Vivo is all set to launch its flagship Vivo Nex 2019 in China tomorrow.