Maruti Suzuki India has launched the updated version of the Baleno hatch which now comes with fresh new interiors, more features at an added cost.

Maruti Suzuki Baleno is now well over three years old and has toppled rival’s Hyundai i20 on the sales chart in the similar price segment. To maintain the momentum Maruti Suzuki has now launched the face-lift version of the old Baleno in new style in 2019.

As the official pictures reveal, the Baleno RS facelift sports a more aggressive front-end, with a new front bumper, a 3D design for the grille and LED projector headlights with DRLs. Revised face aside, the Baleno facelift also gets new dual-tone 16-inch alloy wheels, but that’s about it in terms of exterior changes.There are two new colours – Magma Grey and Phoenix Red. The stance is wider this time and the Baleno 2019 boasts of a grille with 3-dimensional detailing. 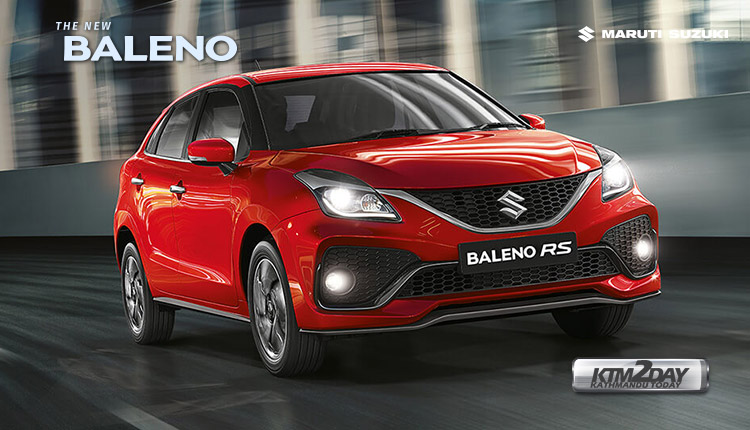 On the inside, the Baleno facelift gets a dual-tone black-and-blue interior colour scheme, and the new SmartPlay Studio infotainment system with a 7.0-inch touchscreen. The SmartPlay Studio – co-developed by Harman and seen first in the recently-launched new Wagon R – brings Android Auto and Apple CarPlay compatibility, voice recognition function, in-built navigation and also doubles up as the display for the reverse camera. Rear parking sensors are now standard across the range, as are a speed alert warning and seatbelt reminder system. Based on the 5th generation Heartect platform, Maruti Suzuki Baleno facelift will feature the same 1.2-litre petrol and 1.3-litre diesel engines, which come with the outgoing variant. While the petrol engine produces 83 bhp and 115 Nm, the diesel one churns out 74 bhp and 190 Nm. Both the engines are mated to a five-speed manual gearbox, with an option for an automatic transmission in petrol variant only. 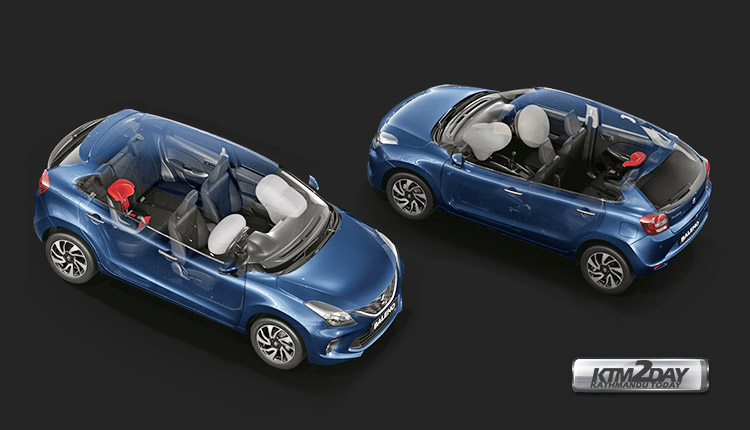 Baleno was launched in India in October 2015 and has been one of the top selling cars in the country since then. Not only on the domestic front, but the car has got an overwhelming response in international markets, including Australia and Europe, as well. It competes with the likes of Hyundai i20 and Honda Jazz. The Maruti Suzuki Baleno 2019 is a premium hatchback and is priced at INR.5.45 Lakh in the Indian market.

If launched in Nepali market it could be priced well over NRs.32.50 Lakhs for the base variant. Due to small market for premium hatchbacks compared to Compact SUVs at almost similar price segment, the Baleno 2019 is expected to hit Nepali markets not later than April 2019.