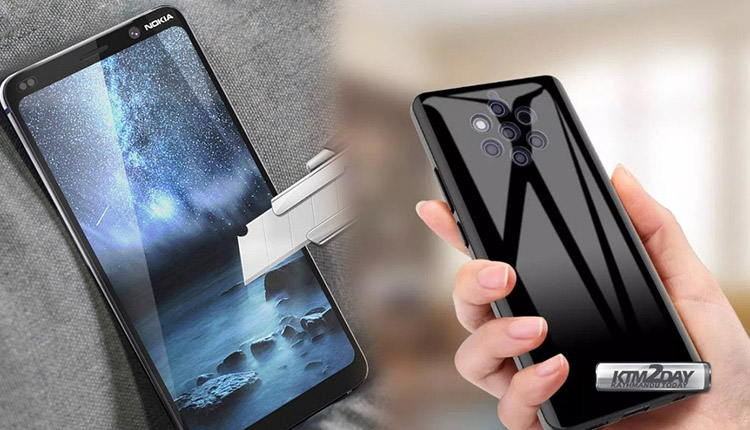 HMD Global is preparing a major launch for this year’s MWC, the Nokia 9 PureView, its next flagship with five-camera smartphone expected to be announced on February 24.

Now, with just a few weeks left for the presentation event, Nokia 9 PureView has appeared in real images that show all the design of Pureview smartphone.

In the front, we have a display with rounded edges and relatively thin bezels on the sides, being thicker in the bottom and top chin, since HMD Global does not intend to include any kind of notch on this device.

Leaks suggest that the Nokia 9 PureView boasts a 5.99 “AMOLED screen with QHD resolution, HDR10 and built-in digital player. As previously stated, the rear, which is apparently made of glass, will accommodate no less than five “Carl ZEISS” cameras, plus the LED flash and autofocus module.

There is nothing much to say about design, since we have already seen all this before. Many will be pleased with the absence of any notch, and the fingerprint scanner under the screen is expected.