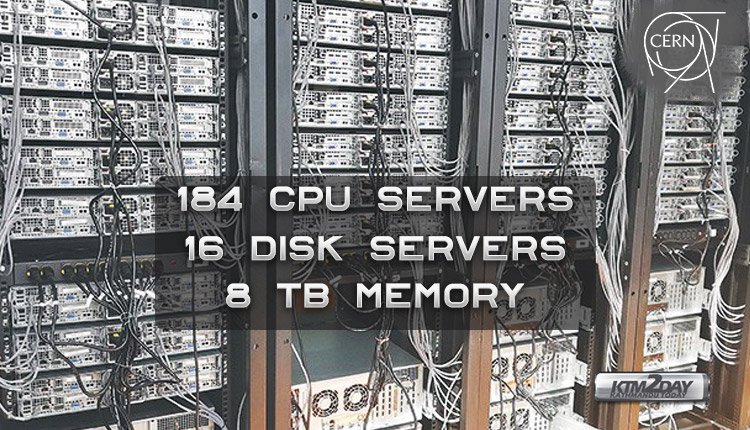 Kathmandu University has installed the first supercomputer in the country at IT Park, Banepa. The supercomputer—which consists of high performance computing (HPC) servers—was donated by CERN based in Switzerland.

A supercomputer is a type of computer that is capable of handling large databases or do a great amount of computation, sometimes simultaneously. It typically consists of tens of thousands of processors that are able to perform billions and trillions of calculations or computations per second.
Manoj Shakya, assistant professor and lead researcher of Department of Computer Science and Engineering, Kathmandu University said the newly installed supercomputer has the capacity to solve computing problems in two hours.

Before, such problems used to take 10 days to solve. Nepal’s first supercomputer has 184 CPU servers, 16 disk servers and 12 network switches, said Shakya, with a total processor count of over 2,500 and 8 TB of memory.

The supercomputer is currently being used for training and workshops. The university plans to operate the supercomputer round the clock within six months. According to Shakya, to run the supercomputer at full load, it will require 200 KV of power. The IT Park has already installed 315 KV transformers.

The university is also in talks with the government to use the supercomputer as a backup data centre.

With the new supercomputer in place, weather forecasts by the Meteorological Forecasting Division are expected to show even more accurate results. The supercomputer will also be useful for conducting research, especially for students studying at Tribhuvan University, Kathmandu University, Pokhara and Purbanchal University.

CERN typically uses a supercomputer for 2-3 years before phasing it out for a newer one. The hardware used in a supercomputer has a limited life expectancy and needs proper maintenance to run efficiently. CERN used supercomputers to conduct experiments regarding the big-bang theory.

Digitally developed countries have been donating used supercomputers to African and Asian countries.