Samsung Galaxy Tab S5e was officially announced today, unveiling a slim, lightweight and feature-rich device. It has a hardware very similar to that of the previous Galaxy Tab S4, but with a renewed design and greater attention to detail.

Galaxy Tab S5e is characterized by a very thin metal body of only 5.5 mm and a weight of only 440 grams, including a 10.5-inch AMOLED edge-to-edge display with a 16:10 ratio without physical buttons. The Tab S5e panel has frames reduced to a minimum, with a screen-to-body ratio of 81.8% for a more immersive vision.

Galaxy Tab S5e is equipped with a Qualcomm Snapdragon 670 octa-core 64-bit precessor flanked by 4/6 GB of RAM and 64/128 internal memory, expandable up to 512 GB via MicroSD. The photographic specs consists of a rear 13MP camera and an 8MP front camera.

With a battery of 7,040 mAh Tab S5e is able to guarantee a range of up to 14.5 hours, thanks to the software designed to optimize consumption while maintaining high performance.

Samsung Galaxy Tab S5e is equipped with the artificial intelligence Bixby 2.0 that allows you to interact with the device as if it were a hub to control connected home devices such as: television, lights and appliances. The device is also enriched by a vivid and crystal-clear sound thanks to the four AKG speakers, which incorporate the stereo technology with automatic rotation, adapting to the orientation of the tablet (vertical / horizontal). 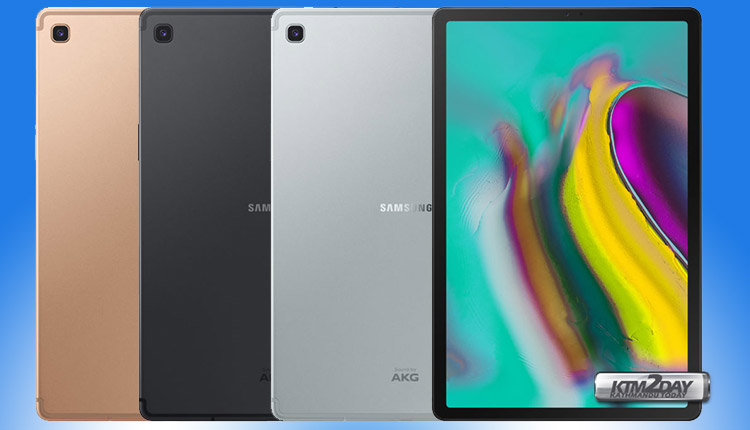