After wowing us with humanoid and animal-like robots that run, jump and perform acrobatic stunts, Boston Dynamics seems to be getting down to business.

New video from the Waltham, Massachusetts-based company shows a pair of birdlike robots stacking cardboard boxes in a warehouse, gliding about on wheels as they lift, move and place the boxes with precision and uncanny grace.

The robots are guided by machine vision and capable of handling boxes weighing up to 33 pounds, according to a caption for the video, which was posted on YouTube on Thursday. The boxes being stacked in the video weigh about 11 pounds. 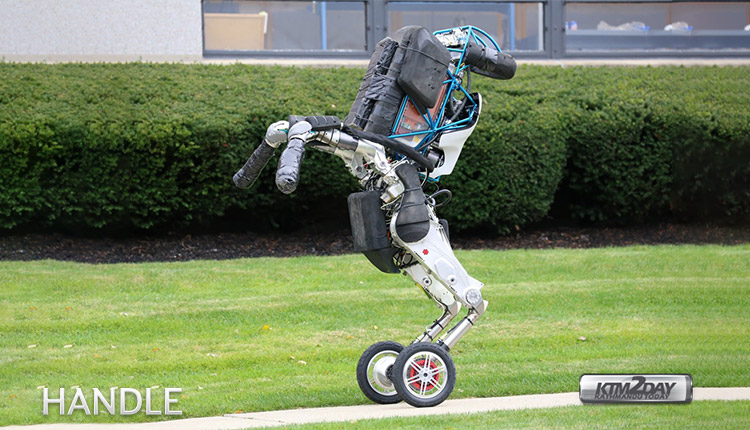 The robots are based on “Handle,” a research robot that starred in a Boston Dynamics video released in 2017. Handle had arm-like appendages in addition to wheels; the revised Handle lacks the appendages, featuring instead a sort of jointed neck tipped with a proboscis-like grasping mechanism.

“The logistics business is quite thirsty for robots right now, as evidenced by the influx of many companies entering the space,” Howie Choset, a professor of robotics at Carnegie Mellon, told NBC News MACH in an email. “I think the particular benefit that the Boston Dynamics robot offers is that you can carry a heavy object with a relatively light mobile base.”

Kate Darling, a research specialist at the MIT Media Lab, said in an email that the robot was probably “too expensive to be commercially useful in a warehouse setting.” But she added, “I like the balance, the onboard vision system (that presumably lets it navigate a variety of different warehouse settings) and the fact that it looks like an ostrich.”