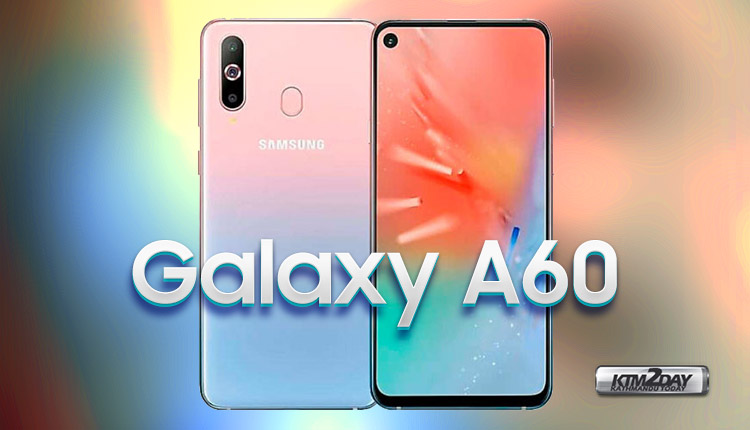 Instead of launching several new devices on April 10, Samsung surprised the world by unexpectedly launching the Galaxy A80 which was previously thought to be a Galaxy A90. Although we do not have further news about the Galaxy A90, Samsung has launched in China a new member of its Galaxy A-Series – the Galaxy A60.

After many rumors and leaks , the Galaxy A60 arrives with an Infinity-O panel , as expected after the images recently appeared on Twitter. The overall design and that in-display hole camera screen are not the only thing that shares with the Galaxy A8s which is also known by A9 Pro 2019 intl variant. It comes with a triple rear camera and the major difference in various specification of the components.

As obtained leaks from TENAA website earlier , the Galaxy A60 comes with a in-display hole camera LCD screen, called Infinity-O, with a diagonal of 6.3 inches, Full HD + resolution and a screen to body ratio of 91.8%. Compared to the Galaxy A8, the diameter of the camera hole in the Galaxy A60 is relatively small: it measures only 4.69 mm. That screen also integrates Screen Cast sound technology , which uses the entire surface of the screen panel as a large speaker, similar to the LG G8 ThinQ.

Inside, the Galaxy A60 incorporates the Qualcomm Snapdragon 675 – 11nm processor , along with the Kryo 460 CPU and the Adreno 612 GPU. It is accompanied by 6 GB of RAM, 128 GB of internal storage and Android 9 Pie under the new interface of Samsung One UI.

The Galaxy A60 has been introduced by Samsung China and, for now, we do not know if the company intends to launch it in other countries anytime soon. In the Chinese market it is priced at 1,999 yuan, which is equivalent to around NRs 33,200 in a single configuration of 6 GB of RAM and 128 GB of storage.