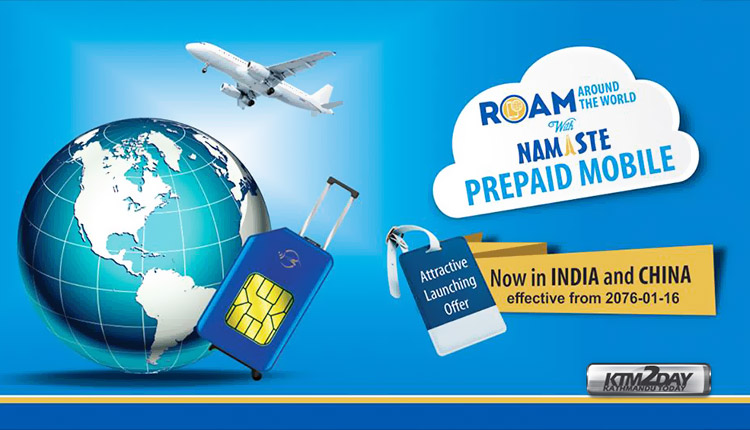 NT has said that the roaming service in India and China can be availed without any deposit.

The firm’s postpaid phone subscribers have been depositing Rs 10,000 to access the service.

Nepal Telecom is already offering the international roaming facility for its postpaid users in 86 countries across the world.

As per NT, prepaid subscribers will now be able to call or text home from India and China and also make calls to any local number in both the countries.

The telecom firm has said that prepaid customers while making calls in India will be charged Rs 30 per minute for calls made to Nepal or for local calls. For receiving calls from Nepal users will have to pay Rs 14 a minute.

The charge for receiving calls from Nepal when in the northern neighbour has been set at Rs 53 per minute.

Meanwhile, prepaid subscribers will be charged Rs 397 per minute when making calls to any other country from India or China. Likewise, prepaid users need to pay Rs 24 and Rs 54 to send a message to Nepal from India and China, respectively.

NT had held a soft launch for international roaming service for its prepaid subscribers on the occasion of its 15th anniversary on January 4.