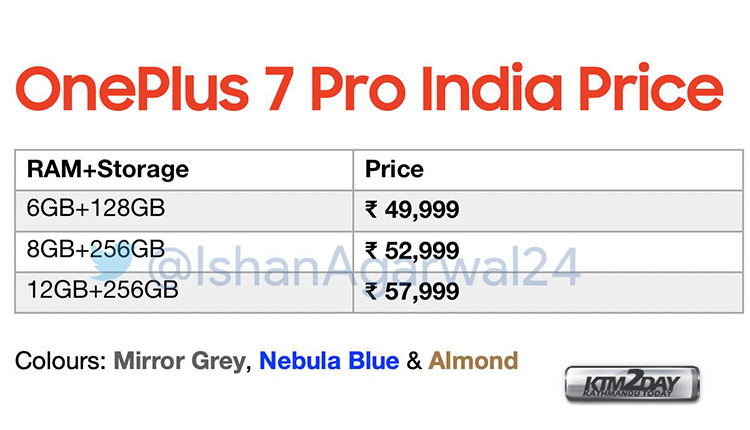 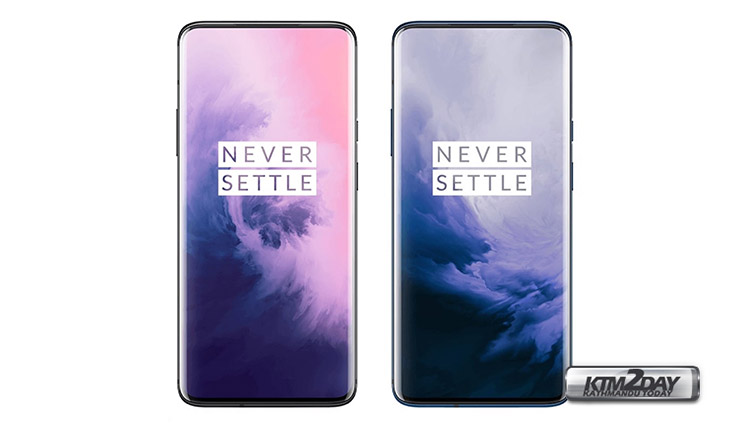 Well-known network tipster Ishan Agarwal published the cost of the OnePlus 7 Pro smartphone, a top model of the OnePlus 7 line. The prices has been leaked ahead of formal launch of Oneplus 7 phones which is scheduled to take place on May 14.

The Pro version is where everyone’s eyes are focused in as its the most premium offering yet from Oneplus.

Compared to the basic version Oneplus 7 , the premium model Oneplus 7 Pro will come with top-end features hence the pricing will also be higher.

As expected, the prices in the Indian market this time was well speculated to be on the INR 50,000 range and the tipster Ishan Agarwal has reiterated with the information he obtained.

The tipster adds a disclaimer that the final prices could change before the launch, so we would ask you to take these leaked prices with a pinch of salt for now. The pricing does keep in line with speculations that the OnePlus 7 Pro would cost similar to the OnePlus 6T McLaren Edition.

The OnePlus 7 Pro will launch alongside the OnePlus 7 on May 14 in India. The Pro model is already up for pre-booking in the country on Amazon India and those interested will have to purchase a Rs 1,000 gift card to pre-book the OnePlus 7 Pro.