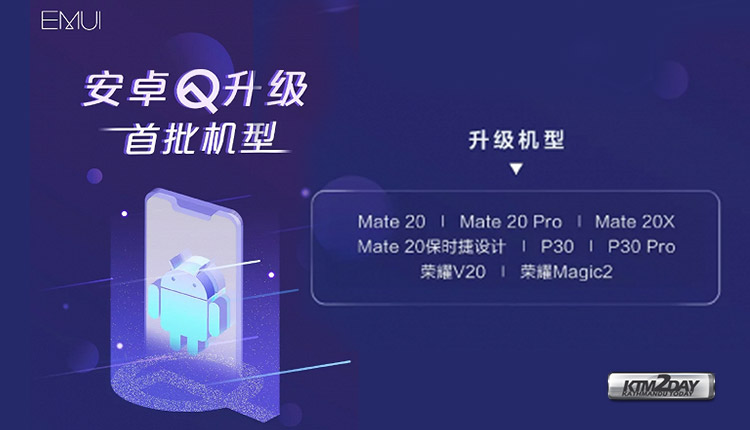 During the annual press conference, Google I / O 2019 for developers, the search giant announced details of the tenth version of Android and published a list of the first smartphones that can begin beta testing of the new operating system.

Before the release of the stable version at the end of August, Android 10 will receive three more beta versions. The Chinese company Huawei has officially confirmed the list of smartphones that will be updated to the next version of Android. The company also announced that it plans to work with Android application developers to ensure maximum compatibility of their devices under the new operating system.

The list of smartphones that will be the first to receive the final version of Android 10 includes the :

Obviously, at the time of the final version of Android 10, the list of smartphones will be further expanded, and, for example, the upcoming Huawei Mate 30 and Mate 30 Pro should be running Android 10 out of the box.