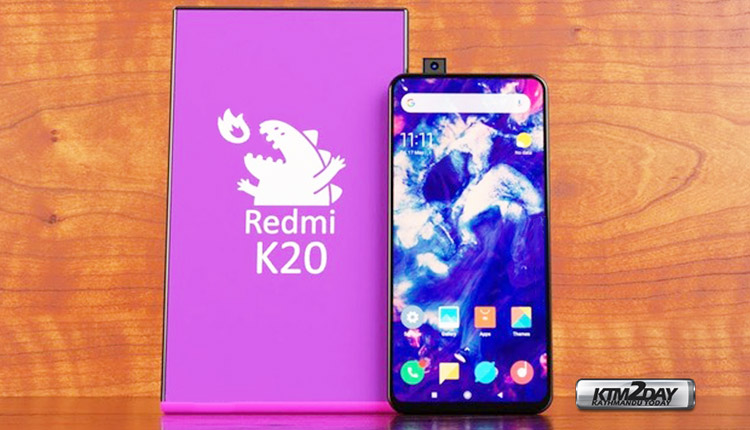 The presentation of the new Xiaomi Redmi K20 will happen tomorrow, but that doesn’t stop new leaks to emerge. After dozens of leaks and rumors that revealed almost every detail of the smartphone, the first performance results have now emerged.

The Redmi K20 finally emerged on the Geekbench benchmark platform, where we can see its performance results. The device belongs to a category that sports a mid-range processor, but the results are impressive. As already mentioned in several leaks, this will be one of the first smartphones to come equipped with the new Qualcomm Snapdragon 730 SoC.

Evolution in mid-range processors has been well above average, and SD730 is proof of that. The Xiaomi Redmi K20 achieved 2574 points in the single-core tests and an impressive 7079 points in the multi-core tests. Not enough to put itself side by side with the current flagship processor Snapdragon 855 but the results stack up against last years flagship Snapdragon 845.

In comparison, the Redmi K20 was able to present a considerably superior result in the single-core tests and a slightly lower result in the multi-core tests. The unit used in these tests had a total of 6GB of RAM, which may have influenced the results of the tests, since a variant with 8GB of RAM should have been presented as a test device. 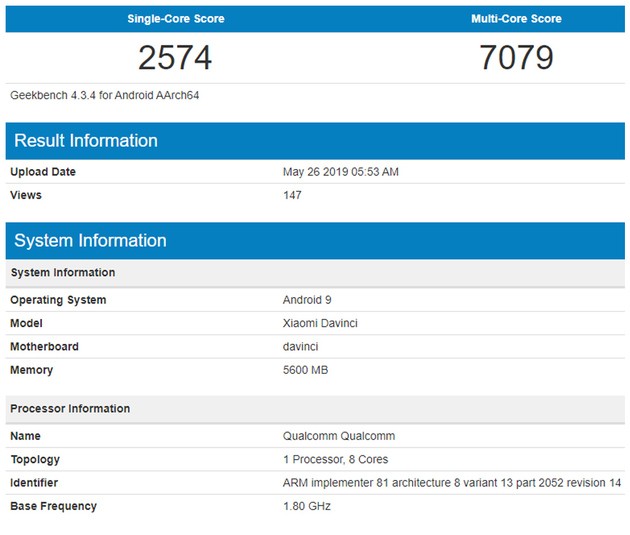 Redmi K20 is a flagship device disguised as a mid-ranger

Usually smartphones are classified according to the processor they come equipped with. In this case, a processor of the Snapdragon 800 series would be considered top-of-the-range, while those with a Snapdragon 700 series are placed in the mid-range segment.

However, the performance level of the so-called ‘mid-range’ has already reached such a high level that most users will not even think they might need more. Therefore, it seems that we should focus on its other specifications to determine if a smartphone should or should not be considered a top of the range.

In this context, it will not be difficult to consider the Redmi K20 a flagship smartphone, just forget the fact that it comes with the Qualcomm Snapdragon 730 processor. The Redmi’s new smartphone will arrive with a 6.4 AMOLED Full HD + display without any notch or punch hole . A 7th-generation fingerprint reader is also embedded underneath.

With regard to its system memory, users can get a choice of 3 variants:

In the photography section, the capabilities of the Xiaomi Redmi K20 will surely surprise many users. This is the first smartphone from the manufacturer(Redmi) with a triple rear camera. This camera is composed of a main sensor of 48 megapixels (Sony IMX586), a secondary of 13 megapixels (superwide angle) and a third of 8 megapixels (telescopic lens). Dedicated to selfies, there will be a 20 megapixel pop-up camera.

Tomorrow will be the day that its price and availability will be revealed officially, but several sources point that it will have a price tag below € 250 for the most modest variant. Still, this would be a price almost impossible to resist for those who have a more limited budget.