Another sensational news has arrived from tipster Max J. who has shared on Twitter the supposed specifications of the camera specs of the upcoming Sony Xperia smartphone. The Japanese company is developing a mobile phone that has 6 rear cameras.

According to Max J. each camera will serve a specific purpose. Certainly we will have a main lens, macro, angular, ToF sensor for depth and possibly a monochrome lens. Here is the list of supposed Sony Xperia lenses.

As I mentioned last week there’s going to be a new Sony phone. Today I heard some things regarding it’s camera specs:

The specs might be different in the final product do to this device still being in development. The images are based on imagination.

The leaker also showed a concept image, showing the possible location of the 6 sensors. According to the image, camera module will be located on the top left corner of the rear panel similar to the supposed design of the iPhone 2019.

It may seem like an exaggeration but the truth is that currently the tendency is to have separate sensors for different functions. We can use the Huawei P30 Pro and Samsung Galaxy S10 + with 4 and 3 rear cameras, respectively.

Using existing smartphones as a reference, we can get a sense of the function that each sensor performs in this device with 6 sensors. So first and foremost we have the main sensor for photography which comes with the maximum resolution. 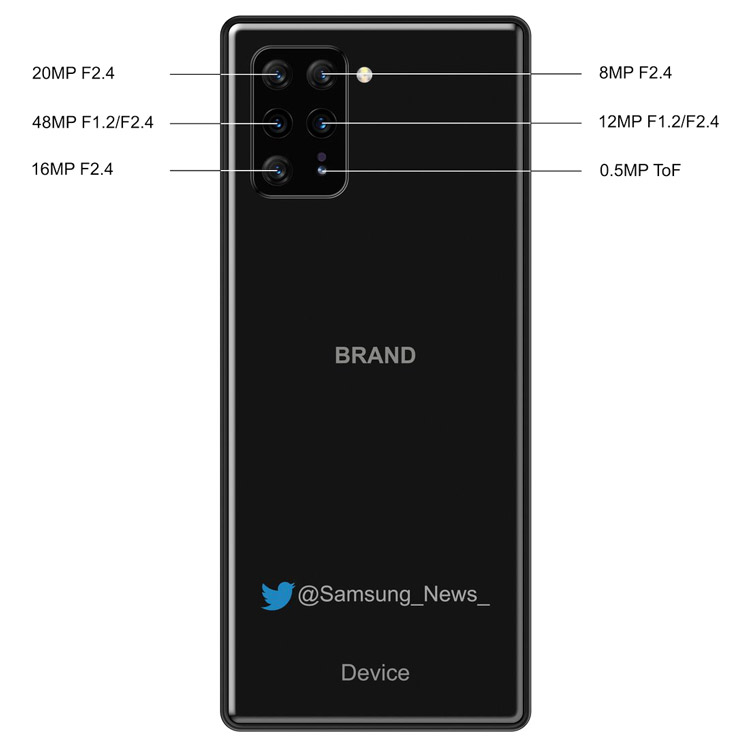 The angle lens is usually in the middle of the setting and has a wider range than other lenses. This allows you to make the ‘fisheye’ effect and capture more space in the frame. Ideal for landscape or panoramic photographs.

The macro lens takes care of shooting and filming objects in great detail at close range. This type of lens allows a small focus distance, where you can capture small objects while maintaining the details.

The ToF (Time of Flight) sensor is a recent addition to the cameras of mobile phones. Its function is to calculate the distance between objects through the light, allowing more depth planes.

Finally we have the monochrome lens, which is quite useful in low light environments. As the name implies, the lens captures all shades of black and white, to balance the light the best way.

However, since Sony is installing six rear cameras in the device, the device will most likely be a flagship smartphone powered by a high-end processor like Qualcomm Snapdragon 855, MediaTek’s 5G processor, or some other chipset.

On the front, the smartphone might have a normal selfie camera clubbed with a wide-angle lens.

With six cameras at the back, Sony Xperia might clinch the title of the phone having the most numbers of rear cameras.