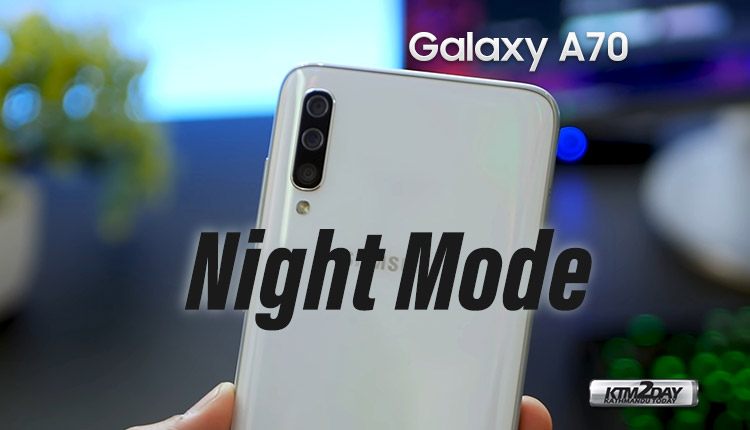 Up to this point in the smartphone -Samsung Galaxy A70 , there was no special night mode in the camera, so the quality of the pictures in the dark left much to be desired.

Samsung’s latest update for the Galaxy A70 also brings the dedicated Night mode to enhance photos taken in a low-light environment. The company has released the new update several weeks after bringing a software version to the Galaxy A70 that brought the Super steady mode.

Fortunately, Samsung has released a firmware update for version A705GMDDU3ASG6, which is 367 MB. So far, the firmware is distributed only in India, but in a few days the update will be released in other regions of the world. 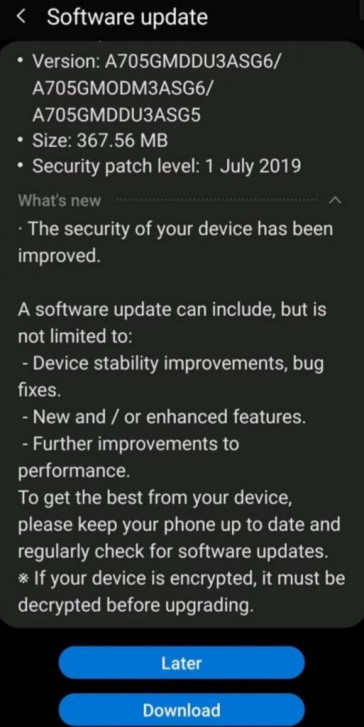 The new firmware not only adds a night mode to the smartphone camera, but also a QR code scanner, which is also located in the camera application. In addition, the developers have corrected various bugs and errors that users have complained since the previous update.

This firmware contains the July security patch of the Android operating system, although, for example, OnePlus 7 Pro yesterday received a latest firmware with an August patch for Android .

You can check the availability of the latest software update on your Galaxy A70 by going to Settings > Software update. It is recommended to back up your data before beginning with the update process.