For some time now, Motorola has been developing a quad-setup camera  model. However, everything indicated that this would be the Motorola One Pro, its flagship model for 2019. According to the latest leak, things has turned out rather different.

According to the latest information, the four-camera setup will debut on the Motorola One Zoom, a mid-range smartphone focused on the photographic segment.

Apparently, the Motorola One Zoom will hit the market with a very interesting photographic setup. It’s camera will consist of a 48MP main sensor (possible Sony IMX586), capable of taking 12MP photographs in low light environments.

Accompanying this sensor will be a 12MP secondary, 8MP third and a fourth depth recognition sensor. Unfortunately, no information about the specific features of each camera has yet been revealed. Still, one would be expected to have a wide angle lens, and another to have a telephoto lens.

Features include support for optical image stabilization (OIS), 1.6micron pixel and 5x hybrid zoom. Dedicated to selfies will be a 16 megapixel front camera. 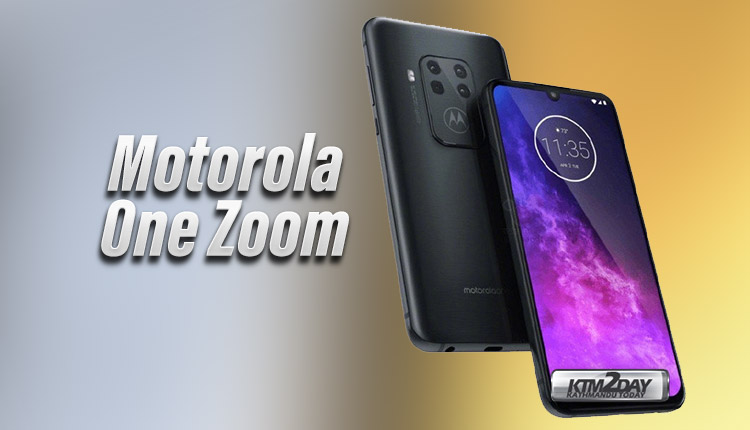 It appears that the Motorola One Zoom will be unveiled during the brand’s presence at the IFA 2019, which will take place in September in Berlin. It has not yet been officially confirmed, but it is believed that it will reach  various markets with a price tag of $480.