The Redmi series is one of Xiaomi’s most popular brand, as today Redmi smartphones are among the most affordable on the market and at the same time offer reasonable features and performance for their price.

In June, Xiaomi announced that the budget smartphones Redmi 6 and Redmi 6A will be updated to Android Pie. The company then started rolling out beta test and finally today the MIUI 10 user interface based on Android Pie 9.0 was announced. The update file size is around 1.3 GB and included in it comes a dark theme and the current Android security patch. 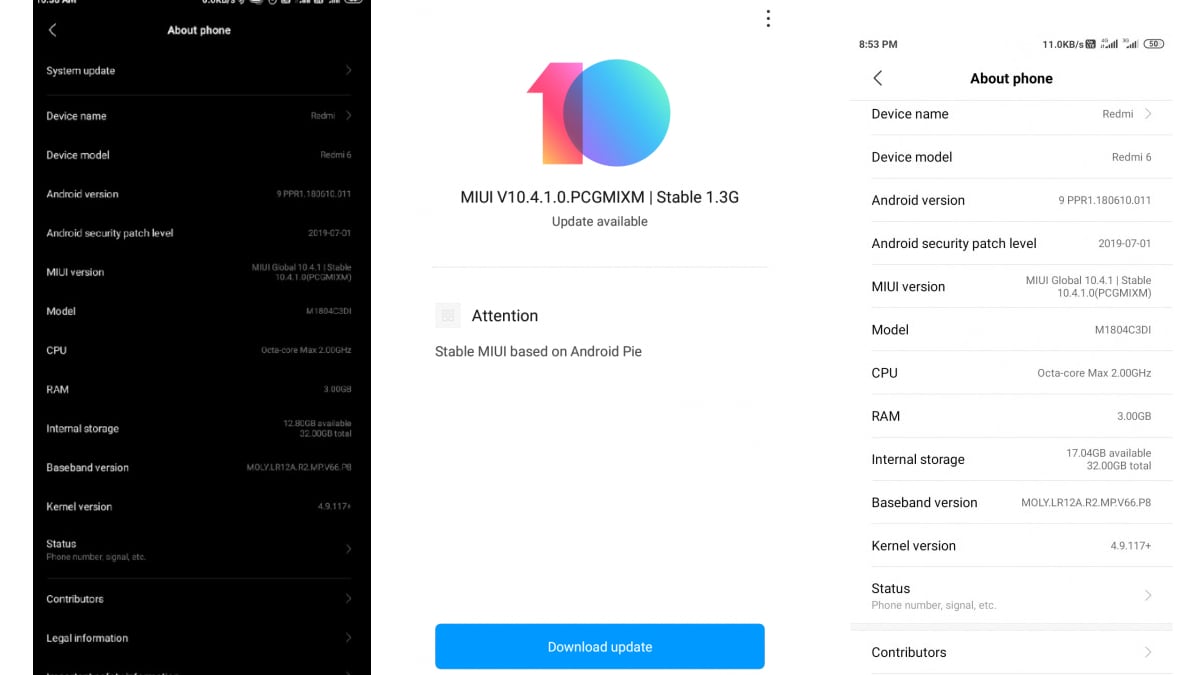 Redmi 6 and Redmi 6A both look almost the same and have similar sizes. The difference is due to the presence of a second camera and a fingerprint sensor on the back of the more expensive Redmi 6.