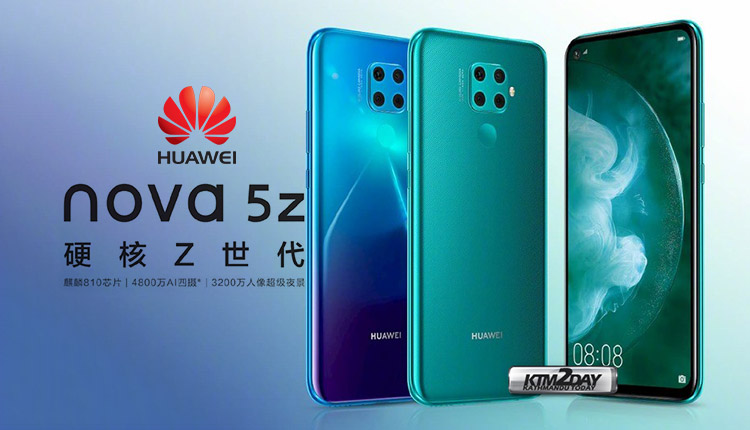 Huawei prepares to launch a new smartphone from the Nova line. It’s called Huawei Nova 5z, and its existence and design have been unveiled on an official promotion poster.

The poster reveals a device with very small margins, without notch, but with a hole in the upper left corner of the screen. Something that jumps immediately in sight is its four cameras in square format at the rear.

Kirin 810 Processor is one of the highlights
Shortly after the name, the poster begins by revealing the main specifications. We’re talking about the Kirin 810 processor, a 48MP main camera, and a 32MP front camera with night mode.

At the rear side, in addition to the four cameras, we found a LED flash and a fingerprint sensor. The device is shown in two colors – Green and blue (Aurora). 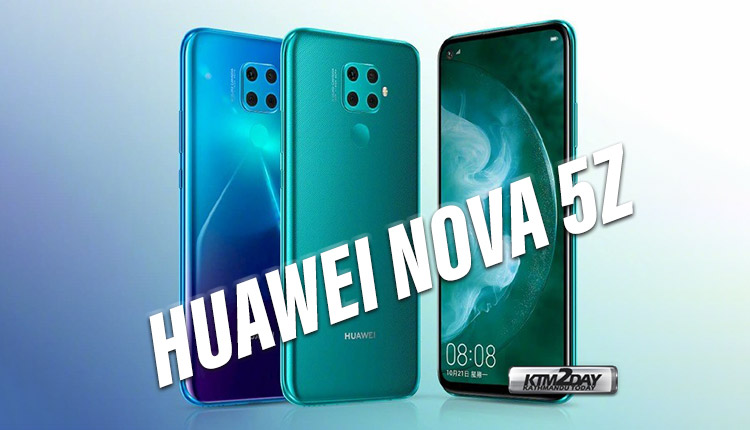 The truth is that these are already enough characteristics for the device to raise some interest. The Kirin 810 is a processor directed towards gaming and performance, and the cameras are always a prominent point on a Huawei device with these features.

Release date is not yet known
It is not mentioned in this poster when Huawei intends to launch the smartphone. Since the official poster is printed out and ready, we won’t have to wait long until the new 5z is fully official.