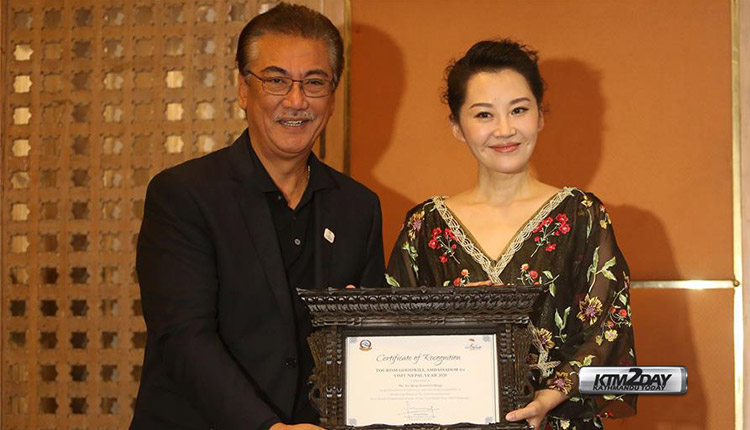 “I am very much happy to visit Nepal, the land where Buddha was born and from where Buddhism spread all over the world. I feel honoured to be appointed as goodwill ambassador to promote Nepal’s tourism,” Xu said.

Bhattaral said Nepal’s tourism industry will get qualitative changes soon and Xu’s reach will help the government reach its target of 2 million tourists in the tourism year-2020. 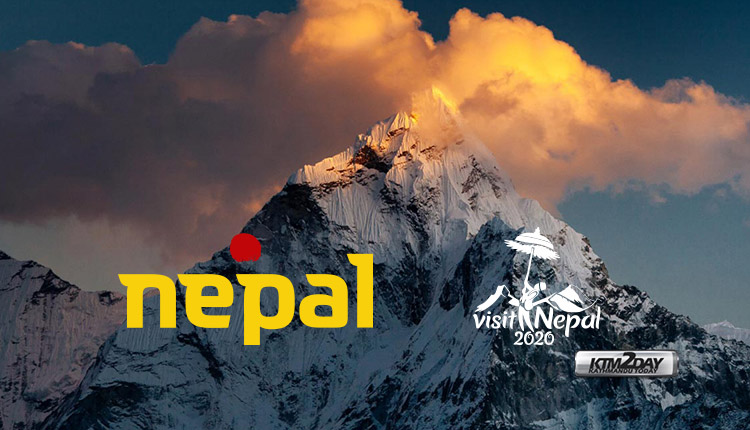 Chief Executive Officer of Nepal Tourism Board Dipak Joshi pointed out the number of Chinese tourists visiting the Himalayan country is increasing and Xu will play a big role in the tourism year-2020.

Fifty-year-old Xu has more than 16 million followers on social media. She has won the best actress award in the 2016 Chinese American Film Festival in California and also the Chinese TV Golden Eagle Award.

China is the second largest tourism source market for the Himalayan country.

The announcement comes at a time when Nepal is preparing to celebrate a year-long VNY campaign in 2020 with a target to welcome 2 million foreign tourists.