Sony introduced the Xperia 1 Professional Edition smartphone in Japan, which now comes with some improvements in comparison with the “regular” version of the mobile phone Xperia 1.

The device is positioned as a godsend for professionals in three fields: editors, photographers and eSportsmen.

The new Xperia 1 Professional Edition offers part of the same impressive hardware as the original handset with the excellent 4K screen of OLED technology with 21:9 aspect ratio, but now Sony features 10-bit signal support and the same display calibration used by Sony on the powerful TVs of the premium segment with an Illuminant D65 color profile.

Regarding the camera of the new Xperia 1 Professional Edition, we have the Imaging Edge Mobile application to connect to Sony cameras with support for Wi-Fi offering photo transfer and Tagging feature that allows photographers to add labels to photos as text or even voice captures.

The Sony Xperia 1 can automatically add metadata to the photos according to the IPTC protocol. Metadata is photo data such as date, location, description and copyright.

Therefore, users of the Xperia 1 Professional Edition can capture photos and publish them according to the IPTC protocol, the most widely used in the industry between photographers. Additionally, the Sony Xperia 1 brings an RJ45 network adapter to its USB-C input.

Sony Xperia 1 Professional Edition specification remain the same as the basic variant with Snapdragon 855, 6GB of RAM and only 128GB of flash memory. Battery wise we have the same 3,330 mAh cell and the phone ships with Android 9 Pie out the box. 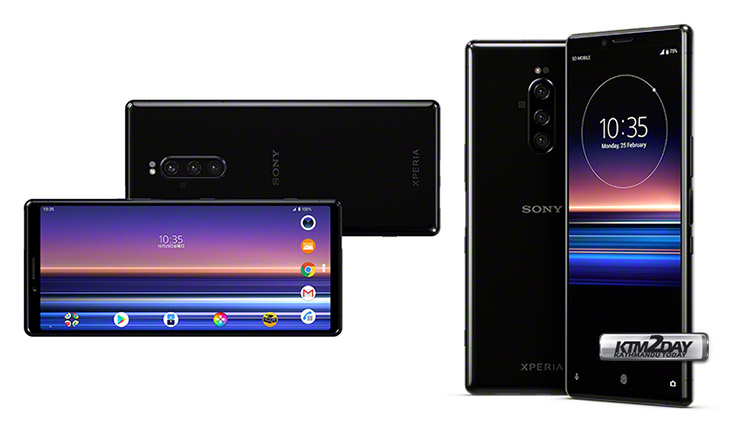